Rabat - An Amnesty International report has accused EU policy of being “complicit” in the deaths of over 700 migrants. 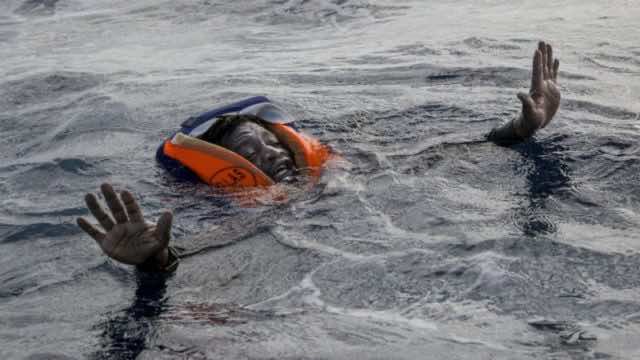 Rabat – An Amnesty International report has accused EU policy of being “complicit” in the deaths of over 700 migrants.

In a scathing report published on Wednesday, August 8, Amnesty said that European hostility towards migrants is to blame for hundreds of deaths at sea between June and July.

Basing its figures on estimates from the International Organization for Migration (IOM), Amnesty indicated that 1,111 migrants died or went missing at sea between January and June this year.

The death toll suddenly surged between June and July, however. Over 700 migrants died in this period alone, and Amnesty claimed that the EU’s “deadly policy” on migration during this time was the primary reason for the sudden surge in the number of deaths.

The report especially denounced Europe’s hawkish policy on migration, including financial and logistical support for the Libyan coast guard.

The number of people living in “squalid” conditions in Libyan detention centers is a “deadly consequence” of the EU’s hostility towards migrants, according to Amnesty.

“Between the Devil and the Deep Blue Sea,” as the report is titled, shed a light on the perilous journey that economic migrants, refugees, and asylum seekers from sub-Saharan Africa and the MENA region attempt at sea. The report claimed that European governments are complicit in the “appalling” and “reprehensible” treatment that migrants face when intercepted by the EU-funded and trained Libyan coast guard.

When they escape death at sea and are picked up by the Libyan coast guard, migrants are detained in “horrific” centers where they suffer torture and forced labor that sometimes end in death, the report alleged.

Matteo de Bellis, an Amnesty researcher on asylum and migration, said: “Responsibility for the mounting death toll falls squarely on European governments who are more concerned with keeping people out than they are with saving lives.”

“European governments are colluding with the Libyan authorities to contain migrants and refugees in Libya, despite the horrific abuses they face at the hand of the Libyan coastguard and in detention centers in Libya.”

Of Malta and Italy’s controversial decision to block the Acquaris, a rescue ship with more than 600 migrants on board, from docking in early June, Amnesty said that the humanitarian crisis in the Mediterranean is both a “tragedy” and a “shame.”

According to the Guardian, the number of migrants detained in Libyan centers was 4,400 in March. By early July, IOM reported that the Libyan coast guard had brought 10,000 back to shore, but living conditions there keep deteriorating as migrants are victims of torture and physical abuse, aid agencies have said.

“Despite this [situation in Libya], Italy and the EU are bolstering their policy of supporting the Libyan coast guard to ensure it prevents departures and carries out interceptions of refugees and migrants on the high seas in order to pull them back to Libya.”

De Bellis called out Italy and Malta for their “callous refusal” to let rescue vessels dock at their ports. “Desperate people have been left stranded at sea with insufficient food, water, and shelter,” he said.

“On top of this, the Italian and Maltese authorities have smeared, intimidated, and criminalized the NGOs that try to save lives at sea, refused their boats permission to disembark and even impounded them. These serious incidents must be promptly and adequately investigated—they highlight the deadly consequences of Europe’s policies.”