Rabat- Emmanuel Macron has promised to intervene and try to repatriate a Frenchman imprisoned in Morocco for financing a terrorist cell.

Rabat- Emmanuel Macron has promised to intervene and try to repatriate a Frenchman imprisoned in Morocco for financing a terrorist cell.

Moroccan authorities arrested Thomas Gallay, a 37-year-old French national, in Essaouira, a city along the Atlantic coast south of Casablanca, and sentenced him to six years in prison in 2016 for lending money to a radicalized terrorist group.

Gallay’s mother, Beatrice Gallay, recently called on the French president to bring her son home to France, after he has spent two years in a Moroccan prison.

Having promised to “personally” intervene, Macron received Gallay’s mother near Fort de Brégancon off the French Mediterranean coast where the president is spending his vacation.

“I trust [Macron] I believe he’s the only person who can solve this problem,” Beatrice told the press after her meeting with Macron and his wife Brigitte Macron.

Beatrice Gallay accused Moroccan police of forcing her son to sign a false confession written in Arabic which he did not understand, claiming that he only gave “€70 to an acquaintance” rather than to a terrorist cell. 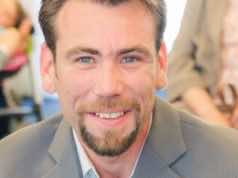