Rabat- The Vatican has said that the Pope’s welcoming of Sahrawi children had no political meaning, contrary to Polisario’s speculations. 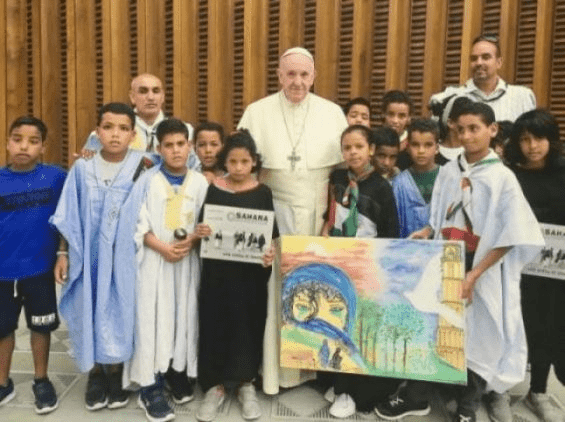 By
Ahlam Ben Saga
-
Ahlam Ben Saga is a Cultural Studies graduate from university Mohammed V of Literature and Humanities in Rabat.
Aug 13, 2018
Spread the love

Rabat- The Vatican has said that the Pope’s welcoming of Sahrawi children had no political meaning, contrary to Polisario’s speculations.

A photo taken in the Vatican in Rome of Pope Francis in a peaceful gathering with Sahrawi children from the disputed region of Western Sahara has caused controversy between political factions.

Responding to Polisario’s reports, the Vatican’s representative in Morocco, Archbishop Vito Rallo, clarified in a statement to the state-owned news agency, Maghreb Arab Press (MAP), on Saturday August 11:  “The Holy See’s position on the Sahara conflict has not changed.”

He continued, “The weekly audiences that the Holy Father gives to pilgrims around the world are of a purely pastoral nature. [They] have no political connotations.”

Taking advantage of the photo showing Pope Francis surrounded by a number of Sahrawi children, the Polisario Front took to its media platforms to suggest that the Vatican supports their separatist movement. 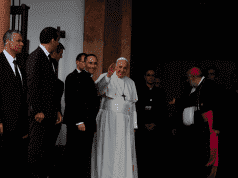