Rabat - Moroccan footballer Hamza Mendyl has said difficulty getting a work permit as a Moroccan prevented him from playing for Arsenal or Newcastle. 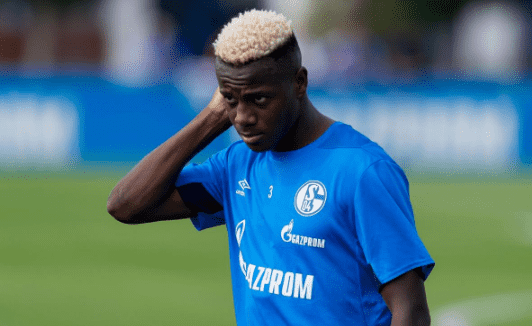 Rabat – Moroccan footballer Hamza Mendyl has said difficulty getting a work permit as a Moroccan prevented him from playing for Arsenal or Newcastle.

The Moroccan-Ivorian footballer, who signed for Schalke 04 last week, said that he was in negotiations with Arsenal this summer before signing with the German football team.

Quoted by major sports outlets, the 20-year-old said that difficulty getting a work permit prevented him from joining England’s Arsenal.

ESPN also said that the footballer was denied a work permit from Arsenal.

“It is true: I was in talks Arsenal and Newcastle. But as a Moroccan citizen it’s not that easy to obtain a work permit. I would have trusted myself to play Premier League,” Mendyl said.

Mendyl has joined his fellow Moroccan Amine Harit, who also plays for both Morocco’s national team and Schalke 04.

Both Moroccans made the list of the team who participated in the 2018 World Cup.

Mendyl expressed his joy over joining the German team.

“I’m delighted to have signed for such a big club. With Domenico Tedesco, I’ve got a coach who is renowned for improving players,” the player was quoted by his club.

Mendyl also expressed his ambition to grow as a footballer, saying: “I want to keep developing and play an important role in all three campaigns for Schalke 04 this season.”

Born in Casablanca to a Moroccan mother and an Ivorian father, Mendyl has made senior debut for the Moroccan national team in a 2-0 2017 Africa Cup of Nations qualifier win over Sao Tome. He has also represented Morocco’s Under 19 and Under 20 teams. Before joining Schalke 04, the footballer played as a left-back for French League 1 side Lille.

The footballer said in 2017 that his father “would have liked me to play for Ivory Coast, but he respects my choice,” reported French sports outlet, France Football.

The young footballer explained his choice by saying that he was born and raised in Morocco. “For me, it was always clear in my head, I wanted to play and defend my Moroccan jersey.”