Rabat - Social media users are seeking justice for Khadija, a 17-year-old girl who was kidnapped, raped, tortured, and tattooed by 10 men in central Morocco. 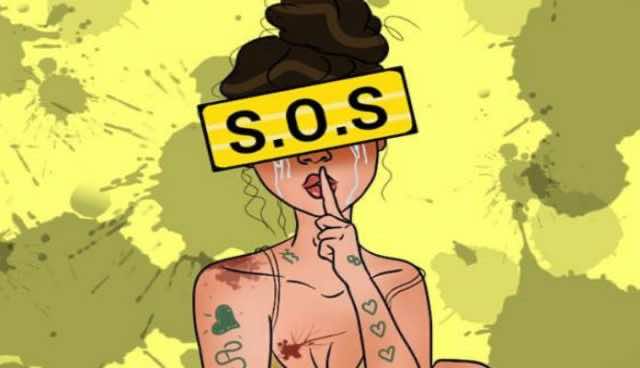 Rabat – Social media users are seeking justice for Khadija, a 17-year-old girl who was kidnapped, raped, tortured, and tattooed by 10 men in central Morocco.

The heartbreaking story of the young girl in Oulad Ayad, a small town near Beni Mellal in central Morocco had made the headlines, stirring up controversy on social media where people decided to support the victim by creating the hashtag #JusticePourKhadija (Justice for Khadija) to denounce the inhuman treatment she suffered.

Since no one has given this poor girl some attention and affection, I’ll give it to her.
Make this world a better place, not a place where women are triggered wherever they land their feet. #stop_rape_culture.#JusticepourKhadija pic.twitter.com/hncKjz1pV1

This is rape culture, these are not isolated incidents. Non consensual photography, disclosure of private details, victim blaming, etc… We witness these actions everyday, and they all reinforce explicit violence. If this is to change the culture must change. #JusticePourKhadija

“This is rape culture, theses are not isolated incidents. Non consensual photography, discolusre (sic) of private details, victim blaming, etc … We witness these actions everyday, and they all reinforce explicit violence. Ig (sic) this is to change the culture must change. #JusticePourKhadija,” wrote a social media user.

“I would like to see His Majesty take charge of the defense of Khadija, and even ideally her psychological follow-up, her medical accompaniment and her studies. She was a victim of the failure of this country and she deserves a chance to rebuild herself,” wrote another social media user on Twitter.

Moroccans have addressed a Change.org petition to King Mohammed VI and public authorities to restore Khadija’s dignity. Launched three days ago, the petition has already been signed by more than 13,000 people.

“With this petition, we hope to gather all actors of the civil society, organizations and associations, so we can voice our indignation and outrage for what happened to this young girl, and also to give her emotional support to rebuild her life and financial support to remove the tattoos,” wrote the initiator of the petition on the website.

Having read her story, Tunisian tattoo artist Fawez Zahmoul, who goes by “Fawez the tattoo artist,” decided to help Khadija get rid of the horrible tattoos inflicted by her torturers.

On his Facebook page, the tattoo artist announced Saturday that he managed to contact Khadija’s father to bring her to Tunisia to remove the tattoos from her whole body where her tormentors marked their names and even inscribed the swastika.

According to several local media, 1 of the 10 men owned the house where Khadija was being held. After police arrested the men, some managed to escape.

In an interview with Chouf TV, the young lady recounted the nightmare she lived, explaining that she was at her aunt’s house when she was kidnapped in front of the house. The men who took her raped her first before holding her captive in a house where she was handed over to other men for money.

Khadija tried to escape several times, but each time she was caught and tortured. “They didn’t give me food or drink, and I was not even allowed to take a shower.”

“I want justice to be done and [for them] to pay for what they have done to me,” she bravely told reporters.

“For how many women who, for fear of this hchouma [shame], continue to keep quiet?” she added.