Rabat - Tunisia’s Islamic Ennahda party has said that religion should not lose its central place in Tunisia, criticizing a  proposed inheritance equality law. 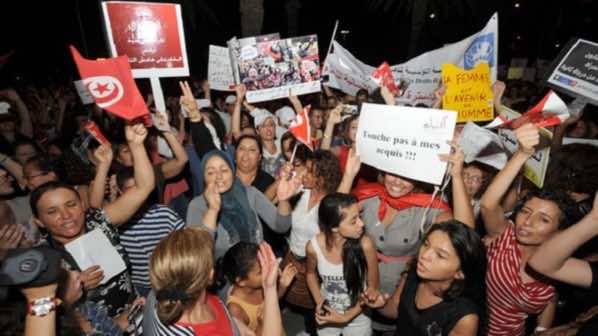 Rabat – Tunisia’s Islamic Ennahda party has said that religion should not lose its central place in Tunisia, criticizing a  proposed inheritance equality law.

And while Ennahda gave a supportive nod to the president’s proposal at the time of the announcement, the party, which is a central part of the country’s incumbent government coalition, has altered its position on some specifics of the proposed law.

Possibly giving in to the pressures of its conservative base which has been heavily critical of President Essebi’s proposal, Ennahda has argued lately that the constitution should not challenge norms and traditions dictated by the Qur’an.

“We will fight for women’s inheritance rights because women are still discriminated against in Tunisia,” said Abdelkarim Harouni, president of Ennahda’s parliamentary group on Sunday, August 26.

Harouni stressed, however, that changes to the country’s current inheritance law should be made “in line with the constitution,” which he said is in accordance with the Qur’an and Islamic prescriptions.

“We reject any project that stands in contradiction with the constitution and the categorical texts of the Qur’an.”

In a subsequent interview with AFP, Harouni explained that the party is waiting for the final draft of the proposed law to adopt a final position. He nonetheless remained resolute in his belief about the central role of Islam, arguing that religion should play an important part in regulating norms and mores of Tunisian society.

Last year, Tunisia made another landmark move in male-female relations by allowing Tunisian women to marry non-Muslims, a right previously held by Tunisian men. Should the inheritance equality law receive a majority vote in the parliament, the North African country will consolidate its position as a rising bulwark of liberal or progressive reforms in the Arab-Muslim world.