Rabat - After his audience with Morocco’s foreign affairs ministry, the Cuban ambassador said his country is interested in “expanding and amplifying” political dialogue with Morocco. 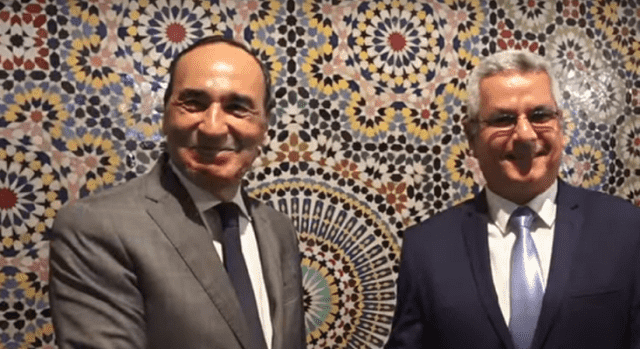 Rabat – After his audience with Morocco’s foreign affairs ministry, the Cuban ambassador said his country is interested in “expanding and amplifying” political dialogue with Morocco.

Elio Eduardo Rodriguez made his remarks on political dialogue when a journalist asked him about Cuba’s stance on the Western Sahara conflict after his meeting with the president of the House of Representatives, Lahbib El Malki, on Wednesday, August 28, in Rabat.

The ambassador responded, “Even within a family, there are still differences.”

The ambassador said that he discussed all subjects of common interest with Moroccan authorities.

“There is great will on both sides to reinforce our political dialogue.”

He added that he realized after his appointment that “there is much more in common than differences” between the two countries and that the commonalities “can give a new impetus to our relations.”

Cuba has supported the Polisario Front separatist movement, which resulted in 37 years of frozen diplomatic ties with Morocco.

Morocco severed ties with Cuba in 1980 when the Latin republic recognized the front.

In his statement to the press today, the ambassador also showed interest in reinforcing ties in different sectors with Morocco, including the business sector.

Rodriguez also conveyed an invitation from the Ministry of Economy of Cuba to participate in Havana’s International Fair in October.  The official believed that the two countries could develop stronger trade relations.

The ambassador then recalled his meeting with Morocco’s Foreign Affairs Minister Nasser Bourita, mentioning that the two countries re-established diplomatic ties in April 2017.

In 2017, both countries decided to normalize ties, coming after the King’s private visit to Cuba in April.

According to Rodriguez,  citizens of both Morocco and Cuba share “historic and traditional” ties.

He said that the ties between Cuba and Africa play an “important and essential role,” and said that is why “we are in this moment … a new moment of bilateral relations.”

Rodriguez also described his meeting with El Malki as “excellent and friendly,” adding that Morocco is also interested in developing Morocco-Cuba relations.

On Tuesday, Morocco’s Ministry of Foreign Affairs expressed satisfaction with the new development that the ties between the two countries has reached. The statement of the ministry also added that the meeting between Bourita and Rodriguez “ reflects the common will to develop bilateral cooperation and strengthen relations of friendship and mutual respect.” 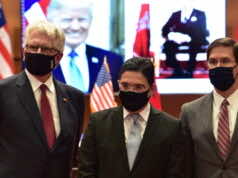