Rabat - A cholera case has been reported in Hassan II Hospital in Benslimane, near Casablanca.

Rabat – A cholera case has been reported in Hassan II Hospital in Benslimane, near Casablanca.

Hassan II Hospital’s emergency room in Benslimane received a patient with an alleged case of cholera on Wednesday, September 5.

The newspaper added that the hospital staff was on alert after the arrival of the patient, but said that the medical department did not have the necessary equipment to take care of the patient.

The patient, according to the newspaper, had to wait for several hours before he was transported to the Ibn Sina University Hospital in Rabat due to the lack of ambulances and oxygen.

Morocco World News contacted Ibn Sina University Hospital to confirm the news. The hospital reception said it had received no information about the issue.

The Moroccan Ministry of Health has not yet confirmed the case. However, several social media users have speculated for days that cholera has broken out in Morocco after the many cases identified in Morocco’s eastern neighbor, Algeria.

The head of government and other Moroccan officials, however, condemned the rumours that “provoke fear among Moroccans.” El Othmani made his remarks August 30 during the Thursday government council.

Cholera broke out in Algeria on August 7. According to Reuters, Algeria has had about 50 cases. Algerian authorities say the epidemic is now under control. 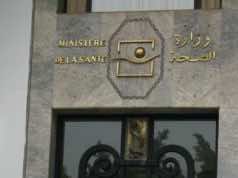 Morocco Protects Its Borders with Algeria against Cholera 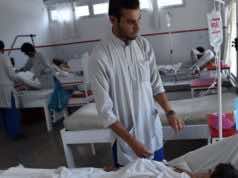