The administration’s anticipated decision is due to Palestine’s continued refusal to enter into US-led peace negotiations with Israel.

PLO Secretary-General Saeb Erekat said in a statement today that his office was informed by a US official of the decision.

Quoted by Al Jazeera, Erekat said that the decision is another “affirmation” of the Trump administration’s policy to “collectively punish the Palestinian people, including by cuttingfinancial support for humanitarian services including health and education.”

The Wall Street Journal and Reuters reported on a draft text of a speech by Trump’s National Security Advisor John Bolton. In the alleged text of his speech, Bolton threatened the International Criminal Court (ICC) if the international institution conducts investigations into the US and Israel.

According to Al Jazeera, Bolton is expected to laud the Israeli-US relations in his speech.

“The Trump administration will not keep the office open when the Palestinians refuse to start direct and meaningful negotiations with Israel.”

Tension between the US and Palestine escalated when the US announced its decision to recognize Jerusalem as the capital of Israel and moved its embassy to the city.

The decision led Palestinian President Mahmoud Abbas to announce a boycott of the US peace plan.

After Abbas’s statement, the Trump administration announced it will cut more than half of the financial aid ($60 million) that the US normally gives to the United Nations Relief and Works Agency for Palestine Refugees (UNRWA).

In August, the US announced it would axe all aid to UNRWA, more than $200 million, pledging the aid for “high-priority projects elsewhere.”

The US State Department said that the decision followed a review of aid to the Palestinian Authority in the West Bank and Gaza to “ensure these funds were being spent in accordance with US national interests and were providing value to the US taxpayer.”

Deutsche Welle (DW) quoted an official from the State Department saying that the review led to the cut of approximately $25 million originally planned for the East Jerusalem Hospital Network.

After the August announcement, PLO condemned the US move of cutting more aid, describing it as “the use of cheap blackmail as a political tool. The Palestinian people and leadership will not be intimidated and will not succumb to coercion,” said the organization, as quoted by Al Jazeera. 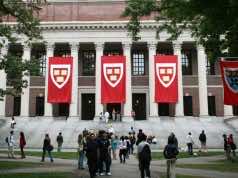 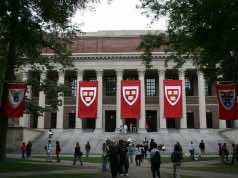