Rabat - A Moroccan ambassador has addressed Algeria’s reluctance to open the Moroccan-Algerian border and the Maghreb integration project. 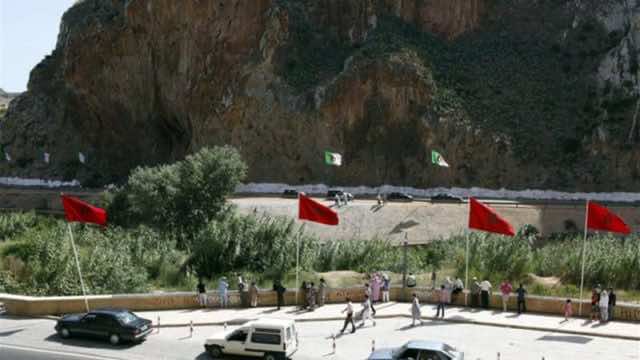 Rabat – A Moroccan ambassador has addressed Algeria’s reluctance to open the Moroccan-Algerian border and the Maghreb integration project.

The Moroccan ambassador to Italy, Hassan Abou Ayoub, discussed the circumstances of Algeria’s refusal to open its borders with Morocco on Thursday with Italian journalists.

“Algeria closes its borders with Morocco because it is not prepared for integration,  contrary to the propaganda it tries to convey,” said the ambassador.

The meeting, under the theme “The Mediterranean and the European Union: Challenges and political and economic stability,” was part of a festival of Mediterranean journalists.

Commenting on the state of the Algerian economy, the ambassador said that Algeria “does not have the means to compete with Morocco and Tunisia in areas such as industry and agriculture.

“Algeria has an inferiority complex and has no desire or ambition to work for Maghreb integration.”

Algeria closed its borders with Morocco in 1994 when Morocco imposed visa regulations on Algerian visitors in the wake of a terrorist attack on the Atlas Asni hostel in Marrakech.

Morocco lifted the visa requirement in 2004. But the border has remained closed.

The diplomat also compared the process of European integration with the Maghreb, saying that the lack of political dialogue and the freezing bilateral cooperation are the main factors in the failure of Maghreb integration.

Reiterating Morocco’s position on the Western Sahara conflict, the Moroccan representative said that the conflict is an obstacle to Maghreb integration as it is a “problem between Morocco and Algeria.”

The official said the solution to the conflict relies on the involvement of Algeria in the UN-led political process.

Algerian officials, however, have claimed that the conflict should be solved between Morocco and the Algerian-backed Polisario Front only.

Moroccan and Algerian activists marched on July 22 to the border “to call on the authorities of both countries to open the border.”

Moroccan newspaper Al Ahdath Al Maghribia reported that the initiative received thousands of nods from citizens who supported the idea.

He added that the idea also requires “talks between the leaders of the two countries in order to establish cooperation on their security against the banditry and trafficking that have increased due to the closure.” Video Shows Testimonies of Moroccans Expelled from Algeria in 1975