Rabat - Algeria has decided to suspend police protection in all French representations in the North African country, including the embassy. 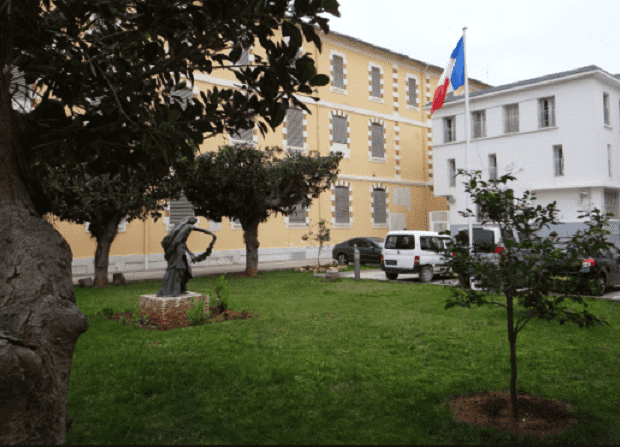 Rabat – Algeria has decided to suspend police protection in all French representations in the North African country, including the embassy.

Algerian news outlet TSA quoted an unidentified source who confirmed that the measure was applied to all French official buildings in Algeria, including the residence of the ambassador, and consulates in Oran and Annaba.

Since the 1990s, foreign representations in Algeria have a permanent Algerian police presence, according to the news outlet.

TSA analyzed the Algerian move, saying that it could be a response to a similar action from France.

“This decision by the Algerian authorities would be a response to a French decision, about a week ago, to no longer affect police protection in front of the Algerian Embassy in Paris,” said the news outlet.

The decision came amid Algeria’s purge of senior officials ahead of the next election. Algeria defended the sackings as a way to hold corrupt people responsible.

On Tuesday, the defense ministry of Algeria sacked Major General Abdelkader Lounes, commander of the Algerian Air Force. A day before the sacking of Lounes, the ministry announced the dismissal of Mohamed Zanakhri, the ministry’s secretary-general, at the request of Bouteflika.

An Argentinian analyst, Adalberto Agozino, interpreted the sweep as a way to clear obstacles before the election for President Abdelaziz Bouteflika to run for a fifth term.

The analyst wrote that Algeria is conducting a vast purge within its army and police in order to “ensure the success” of the next presidential election.

The move also followed Macron’s acknowledgment that his country applied a system that enabled “torture” during Algeria’s independence war against the French.

Emmanuel Macron, who has become the first French president to recognize French abuses during the independence conflict, made his remarks when he visited the widow of a French pro-independence activist last week.

Gulf News reported on September 14 that Macron asked for forgiveness from the widow of the activist.

The independence war claimed the lives of more than 1.5 million Algerians after nearly 130 years of colonization.