“The incident, that cost the life of at least one Moroccan woman among the candidates for undocumented immigration of M’diq-Fnideq is tragic. This is a new proof of the social crisis,” the prince wrote.

He added, “We are witnessing a protest that goes from land to sea.”

On Wednesday, the Moroccan navy shot and killed a 22-year-old woman aboard a Spanish go-fast boat.

Police arrested the Spanish national who was captaining the boat and injured at least three other Moroccan migrants through the gunfire.

For the prince, “Border protection is a national duty, and without a doubt, the Royal Navy has respected the laws in force, but this is a military intervention in a protest action. In the past there has never been such an armed intervention against an illegal boat. Why this time?”

An anonymous source from Moroccan authorities told Chamal Post that the boat did not respond to the navy’s warning, so the navy resorted to gunfire.

The government opened an investigation to determine the circumstances of the incident.

Police also blocked hundreds of Moroccans trying to escape for Europe from a beach in Martil on Saturday night, September 22.

On the same night, videos of many Moroccans wishing to migrate protesting appeared online.

Several videos, which have been widely spread on social media, feature Moroccan minors in northern coastal cities waiting for boats to take them to their dreamland: El Dorado. Government Spokesperson Mustapha El Khalfi said on September 20 that there is a decrease in the attempts of undocumented migration.

He said in a press conference that Moroccans account for 13 percent of migrants who attempted to reach Europe in 2018.

El Khalfi said that Morocco has great employment opportunities. Minister of Sports and Youth Rachid Talbi Alami asked on Friday, September 21, whether it is impossible “to find a better life in Morocco” instead of taking risky routes to reach Europe.

“It is not the migration of these young people to neighboring countries that is a problem, but the way they try to immigrate, which puts their lives in danger.

“Can not this ‘better life’ be granted to Morocco or are there things that prevent this?”

Figures of undocumented immigrants differ from one source to another.  In August, Spain’s Ministry of Interior released a report estimating the number of Moroccan undocumented migrants who arrived in Spain between 2016 and 2018 at 10,104.

The ministry also emphasized that more than 250,000 undocumented Moroccans are currently living in Spain. 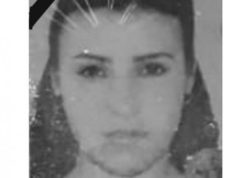