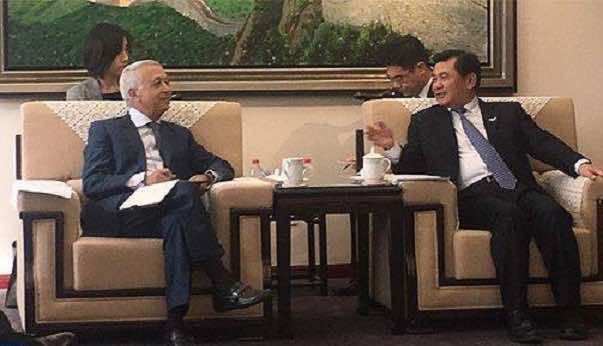 Rabat – An upcoming China-Morocco aviation agreement is set to open a direct flight between the countries and eliminate restrictions on use of airspace.

The agreement will allow Moroccan and Chinese airlines to use the airspace of the other’s country without restrictions.

Representatives from Royal Air Maroc and unnamed Chinese companies were also present during the meeting. The airline companies talked about creating the first direct flight linking the two countries.

According to the Maghreb Arab Press (MAP), Mr. Sajid reported that the agreement will be officially signed by both parties by the end of this year.

With China’s growing interest in Africa, the agreement is set to foster China’s activity and involvement on the continent, using Morocco as a potential bridge.

The meeting comes at a time when Morocco and China have touted strengthening ties in various economic spheres such as agriculture, media, tourism, and technology.

In early September, Saad Eddine El Othmani, head of government, participated in the China-Africa summit in Beijing to reinforce ties with China and seek new investments.

Morocco has also explicitly supported the Chinese “Belt and Road Initiative” to create a trade network linking China with Africa and Europe.

In the last few years, Morocco has successfully boosted Chinese tourism by eliminating visa restrictions in an effort to foster Sino-Moroccan cooperation.