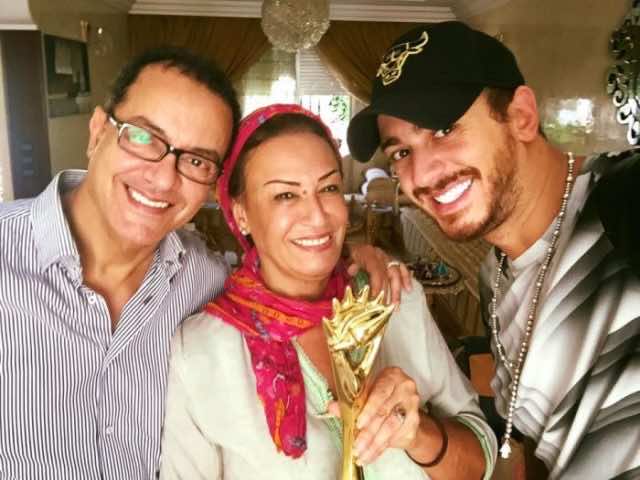 Dressed in orange and chained, the Saad Lamjarred mimic comes into the show’s court cursing and intimidating people around him. He stands to face the plaintiff, Laura Prioul, and begins an argument in which each tries to defend themselves.

The trial concluded its proceedings with the announcement of a 20-year prison sentence for Lamjarred while the plaintiff repeatedly shouted, “Live long justice!”

In late August, the French public prosecutor’s office issued an order to arrest Lamjarred in the French city of Saint Tropez after another woman told police Lamjarred had raped her. After 48 hours, the court released Lamjarred on a bail of €150,000 and seized his passport.

In early September, a French appeals court issued an order to remand the Moroccan singer to custody, on the prosecutor’s appeal.

Many of Saad Lamjarred’s fans remain loyal to the singer and believe he has been wrongly accused.  Moroccan actress Sanaa Akroud has said that Lamjarred’s parents have always believed in their son’s fans to stand against the allegations.

The link to the comedy show video:

In an interview with Moroccan publication, Regragui defends her son’s innocence. She claims her son has been set up, and that he is “paying the price for his success and fame.” She is also devoted to helping him out of this situation, saying, “I will fight for him. God is big, and there are important lawyers who will defend him.”