Rabat - The “One Million Schoolbag Initiative” launched by King Mohammed VI for the 2018-2019 back-to-school season has benefited 4,365,000 children. 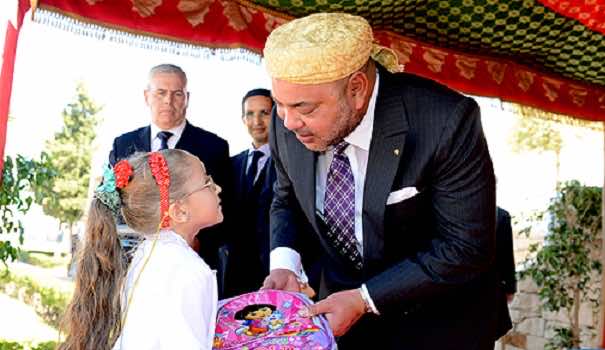 Rabat – The “One Million Schoolbag Initiative” launched by King Mohammed VI for the 2018-2019 back-to-school season has benefited 4,365,000 children.

The annual program that started in 2016 at the demand of King Mohammed VI aims to help less fortunate children by distributing schoolbags full of school supplies.

The initiative reflects the Moroccan plan to support the educational sector, promote schooling, and generalize elementary schooling. It also denotes efforts to give equal chances to Moroccan children, regardless of their social backgrounds.

This year’s initiative benefited over 4,365,000 school kids, of whom 63 percent come from rural areas, and 85 percent are enrolled in elementary school, according to state-owned media outlet Maghreb Arab Press (MAP).

According to Al Kaabi, the school supplies commemorate the 100th anniversary of the birth of the late Shaikh Zayed in the context of the “Year of Zayed.” The donation also highlights the brotherly ties between Morocco and the UAE.

In a declaration to WAM Emirates News Agency, Al Kaabi also expressed the interests of the UAE in engaging in humanitarian and development joint projects in Morocco. He said that his initiative is in line with King Mohammed VI’s “One Million Schoolbags Initiative.”