Rabat - While Morocco prides itself on its “humane and responsible” migration policy, a recent Gadem report has dealt a serious blow to Morocco’s immigration record. 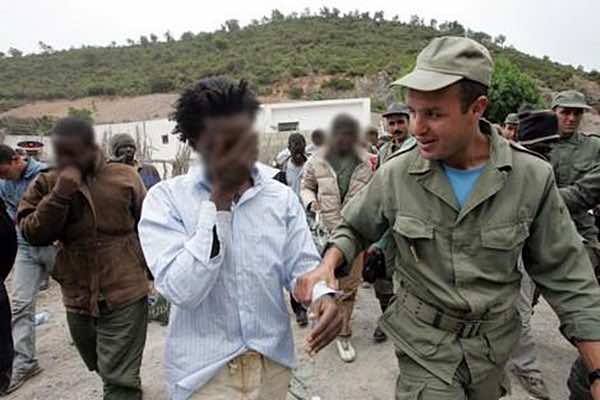 Rabat – While Morocco prides itself on its “humane and responsible” migration policy, a recent Gadem report has dealt a serious blow to Morocco’s immigration record.

In a damning report titled “Gratuitous Expulsions,” Gadem, a Moroccan human rights advocacy group focused on migration, accused Morocco of mistreatment and discrimination toward its growing number of sub-Saharan migrants.

The report especially focuses on Morocco’s recent “delocalization operations,” part of Morocco’s deal with EU partners to curb immigration to Europe. Gadem reveals, “In the Tangier region alone at least 7,720 migrants, including 174 women and 147 minors, have been forcibly displaced.”

Tlemcani said that his group’s paper is based on field-work in northern Morocco and intensive interviews with sub-Saharans.

“At least 89 people, among them six minors, have been expelled from Moroccan territory between September and October.” The activist group added, “These expulsions often happened in unlawful and very unjust circumstances without any respect [for immigration law].”

From “violent arrests” to discrimination and continuous police patrols in northern cities, there is a striking discrepancy between the “dire” reality of migrants and Morocco’s official discourse on migration, the report explained.

“All the testimonies we recorded spoke of violence and inhumane treatment,” Camille Denis, a Gadem representative, said at a press conference in Rabat on October 11.

According to Gadem’s interviews, police in Tangier and Nador even entered homes to arrest migrants, often subjecting them to “humiliating, inhumane and discriminating” detention conditions.

But the Moroccan government has vehemently denied Gadem’s narrative.

A government official who spoke to Moroccan outlet H24 said that the expulsions and arrests were needed to curb the migration flow to Europe, but “also to protect migrants.”

In their dream to reach Europe by any means, the official explained, migrants “fall prey to human trafficking networks.”