Rabat - Morocco will compete in the $1 million Hult Prize challenge through the Mohammadia School of Engineering (EMI). 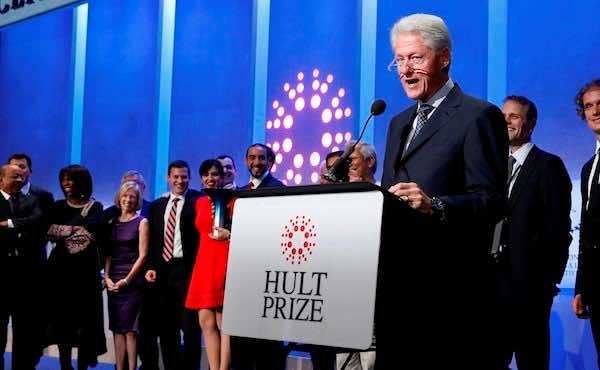 To motivate youth with the sense of commitment and common good, the Hult Prize launches, every September, a challenge for MBA and university students all over the world to come up with a problem-solving project on topics ranging from the environment to energy and education.

The 2019 challenge will be to “provide meaningful work for 10,000 young people within the next decade.”

The competition contains three phases. The first local phase is in Rabat at Mohammadia School of Engineering, where the participating teams present their project ideas before a highly qualified jury on December 13. The winner will represent Morocco in the next phase.

A second “regional” phase will take place in March in 15 cities around the world, including London, Shanghai, Dubai, San Francisco, and Boston.

The final phase will take place in September 2019 at the United Nations headquarters in New York.

Former US President Bill Clinton announces the theme each year under which the participants will build their projects. He also designates the winner.

Mohammadia School of Engineering had the honor of representing Morocco last year, the first time Morocco competed for the Hult Prize.

More than 600 engineers and engineering students forming 23 teams participated in the first local phase on December 7, 2017.

Of the 23 teams that took up the challenge, 9 finalists were chosen to present their ideas before the jury.

Two teams were chosen to represent Morocco in London and Tunisia.

Mohammadia School of Engineering, which is Morocco’s only school to compete in the challenge, took up the challenge once again and called on its students to form teams and prepare their project ideas to represent Morocco in the regional phase.