Former Brazil international and FC Barcelona legend Ronaldinho posted a photo on his Instagram account carrying the Moroccan flag in the middle of the Sahara. 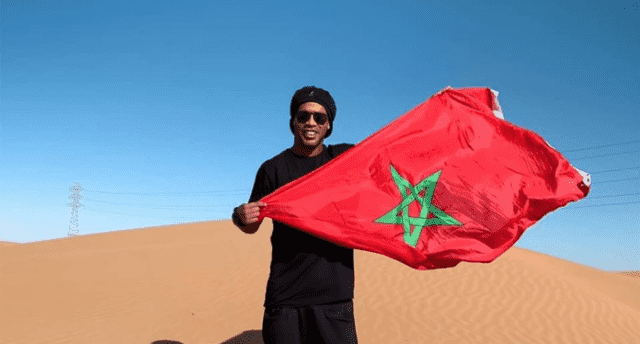 Rabat – The photo of the Brazilian striker went viral on social media networks, generating more than 679,856 likes on his Instagram account up to now.

The legend of Brazilian football is now in Morocco to take part in a gala game held in Laayoun on November 6.

Morocco organizes every year a gala game to commemorate the anniversary of the Green March.