The lawyers representing the victims in Taoufik Bouachrine’s case have said the journalist’s trial was “fair.” 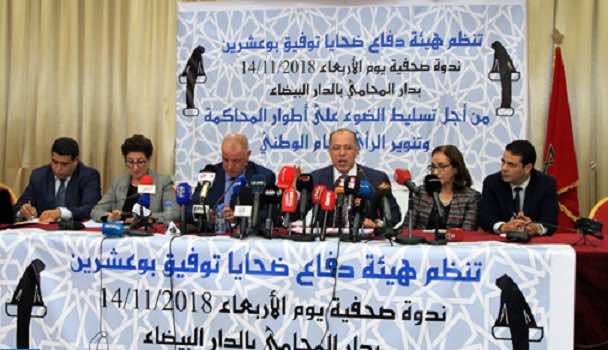 Rabat – In a press conference in Casablanca today, the lawyers said that Bouachrine was tried as a person and not as a journalist. The team also said that the trial took into account mitigating circumstances.

On November 9, Casablanca’s Court of Appeals sentenced Bouachrine to 12 years in prison. The journalist was arrested and jailed in February after several women journalists working for him at Akhbar Al Youm newspaper filed complaints, accusing him of rape, sexual assault, and harassment.

In the press conference, the women’s lawyers said that the trial was concluded after nine months and 80 hearings. The lawyers added that each hearing lasted for 8 to 12 hours, “ensuring” a fair trial.

Ten of the women’s lawyers participated in the press conference. In response to several statements from Bouachrine’s supporters, the lawyers said that the trial had nothing to do with politics or of the opinions of Bouachrine.

Moulay Hicham said there were national and Arab political motives behind the prosecution of a journalist who was a “nuisance because of his writings.”

In response, the women’s lawyers said that Bouachrine had a conflict with the law and not with themselves.

The team said that the journalist enjoyed all his rights, including the right to know why he was arrested. He also had the right to remain silent and the right to speak with his lawyer.

The team confirmed that evidence and videos seized during Bouachrine’s arrest were featured in the trial. Police had seized 50 tapes, which the lawyers said confirmed the charges attributed to him.

The lawyers of the victims said that Bouachrine was convicted of the charges attributed to him, including sexual exploitation and human trafficking, crimes that can carry sentences of up to 30 years in prison.

“But the court made Bouachrine enjoy maximum mitigating circumstances (12 years in prison) with fines.”

The lawyers added that the fines will not solve the social and mental damages which will last forever for the victims. 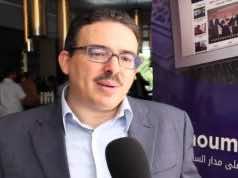