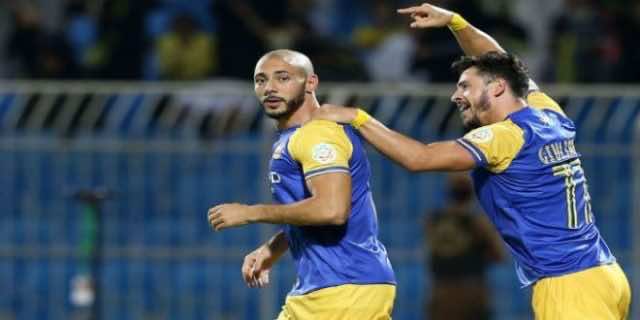 The fans have found a creative way to honor the international footballer who also received applause for his performance with Morocco’s national team during the 2018 World Cup.

Nicknamed the gladiator among Saudi fans, Amrabat is honored by his fans on social media through a hashtag #why_be_afraid_since_we_have_Amrabat.

One of his fans wrote on Twitter, “He is really a lion.”

Amrabat signed a 3-year contract with Al Nasr in July for a €3 million salary per year. Some fans speculated that signing with a Saudi football club would end his career because he had a chance to sign with European football clubs. As it turns out, Amrabat is having a strong impact on the Saudi league.

However, in the first few weeks after he signed with Al Nasr, the footballer was frustrated for being benched in several games.

“I came to participate in the clubs’ tournament, not to serve as a substitute. This is the second time the coach has made this choice and I have to see what he will decide for the next matches,” he said at the time.

Several other Moroccan football players chose to join Saudi clubs over the summer transfer season, including Karim El Ahmadi, who signed a two-year contract with Al Ittihad Jeddah in July.