“This ordeal should not affect the image of this country and its hospitable people,” said Claudia Wiedey. 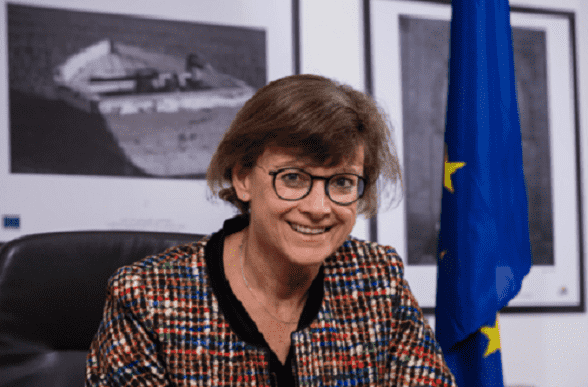 Rabat – Claudia Wiedey, EU ambassador to Morocco, expressed her solidarity with Morocco in the wake of the murder of two Scandinavian hikers near Imlil in the Atlas Mountains.

“We express our solidarity with Moroccans in this ordeal, which should not affect the image of this country and its hospitable people,” Wiedey wrote in Arabic on Facebook.

“On behalf of my Moroccan and European colleagues and on my own behalf, we would like to express our sincere condolences and deep sympathy to the family and friends of the two girls who were tragically killed in the Imlil region,” she added.

The ambassador lamented that several EU countries have suffered from such horrific acts and the consequences that follow.

Authorities found the bodies of the two tourists, Louisa Vesterager Jespersen, 24, from Denmark and Maren Ueland, 28, from Norway, on Monday. The women were found 10 kilometers from the village of Imlil, a destination well known for hiking and camping near Mount Toubkal, the highest peak in North Africa.

According to the Moroccan embassy in Norway and Iceland, the Moroccan Plural Association in Casablanca dedicated a seminar called “Salam, Shalom, Salut” yesterday to the memory of Louisa and Maren.

“May they rest in peace, may their families find here the expression of our compassion and solidarity,” reads the association’s statement.

The embassy also said the Moroccan Socialist Women’s organization called for a gathering of solidarity with the victims’ families on Saturday near the embassies of Norway and Denmark in Rabat.

Moroccan security services are investigating the case as a potential  terror attack.