“They voted for her as a result of their strong anger over the political situation of the country,”  she said.

“You are in a beauty pageant competition… I don’t know why they choose you,” added the journalist as she addressed Miss Algeria in a television broadcast.

After winning the competition, Ben Hammou said that the pageant’s selection criteria were based on “benevolence, manners, education, intelligence, and humanitarian spirit.”

In response, the Kuwaiti journalist said: “You are not participating in a folklore contest.”

El Saeed added that the contest is a beauty pageant competition, and “therefore the winner needs to be beautiful.”

In response to the racially abusive comments, Ben Hammou told Algerian news outlet TSA that she was honored to achieve her dream.

“I am honored by the state of Adrar where I come from.”

She added that she will not “back down because of the people who criticized her.”

Khadija Ben Hammou outperformed 16 other finalists in the beauty pageant on January 4. 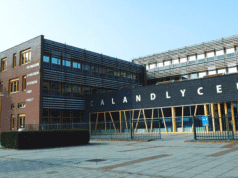