Like in Saudi Arabia and Kuwait, gender-based discrimination is evident in visa denials in Jordan and Egypt.

Rabat – A group of Moroccan activists are condemning discriminatory visa policies in Jordan and Egypt after being denied entrance to the countries.

The mahram (male guardian) law does not seem to be limited only to Saudi Arabia.

In order for Moroccan women between the ages of 18 and 35 to visit Jordan, they need to travel with a mahram.  Mounia Semlali, Kamilia Raouyane, and Asmaa Fakhoury all work for Oxfam, an international organization that says it “mobilizes the power of people against poverty.”

The Moroccan women took to social media to voice their frustration and share their concerns when they were denied visas on arrival and prevented from visiting Egypt and Jordan for work.

Moroccan human rights activist Ibtissam Lachgar told Morocco World News that she experienced the same treatment in 2012 when she arrived in Jordan at age 37.

After landing, she said that a policeman told her that she could not leave the airport since she did not have a male guardian. The policeman seemed overly concerned that she was Moroccan and did not pay attention to the date of birth on her ID.

“I showed him a letter from the Jordanian Ministry of Interior, but they refused to let me in because I look young,” she said.

‘You’ll need a mahram for that’

Lachgar, the spokeswoman for Moroccan NGO Alternative Movernment for Individual Freedoms (MALI), said that she had gone to Jordan for an event.

“He did not let me in until he saw my date of birth. The fact that they take into account the age of women is also a problem. If you are above 35 then you are an old woman; they will care less about you,” she said.

Semlali also told Morocco World News that the embassy refused her visa request because she was visiting the country without a mahram.

“They told me this verbally.”

Read Also: Kuwait Will Not Grant Work Permit to Moroccan, Tunisian Women Without A Male Kin

Semlali said that she had been in Jordan twice before, but when she recently submitted a visa application to take part in an event on gender issues for work, her request was rejected.

“When I argued on the fact that I need a mahram, they told me that I need an approval from the Ministry of Interior in Jordan.”

She also wondered why this requirement had not been mentioned before.

“The visa procedure should be clear. If they asked me to collect more documents prior to the interview like what usually happens in Schengen visa, I would have made all documents ready without any problems,” Semlali explained.

On January 18, Semlali posted her experience on Facebook, calling on the Moroccan Ministry of Foreign Affairs to intervene against the visa policy targeting Moroccan women.

She told MWN that it is “unfair” for Moroccan women to be singled out. Semlali added that after media reported on their case, she received calls from the Jordanian embassy, who asked her to come back to get her visa.

Semlali, however, said it was too late to attend her event. “I was going to discuss gender issues in the country. I will not turn the page [and forget it] easily.”

Semlali added that it is frustrating how they single Moroccan women out as potential prostitutes. “This phenomenon is everywhere.”

After her experience, Semlali said she had three questions in mind: “Why must Moroccans between 18 and 35 years old be accompanied by a mahram to have the right of entry in Jordan? Why Moroccans in particular?”

She also condemned some countries for lumping all Moroccan women together due to stereotypes.

“Do not put everything in the same basket! We are not all prostitutes! And then, the policy must be applied to all countries of the world!”

Where is the foreign ministry?

Semlali said that she had never experienced such discrimination when she applied for a Schengen visa for Europe. “We submit our files, and we are given a 2-3 year visa with all respect!!!! So?”

She then sarcastically wondered of the foreign minister: “Our beloved Morocco, where are you in all of that. Mr. Nasser Bourita, with all my respect, this humiliation of Moroccan women does not bother you??”

In a phone call with Morocco World News, the Jordanian embassy  confirmed that Moroccan women under 35 are not allowed to enter the country. But Jordanian diplomats refused to defend or explain the policy of singling out Moroccan women publicly.

MWN also contacted Morocco’s Ministry of Foreign Affairs to ask about the department’s response to the policy, but the ministry was unreachable.

Like Semlali and Lachgar, Oxfam employee Fakhoury also recalled an experience in February 2018, when she had an unfriendly conversation with a policeman in the airport of Amman, Jordan.

It was 4 a.m. when Fakhoury had a talk with a policeman in the airport who asked her why she had come to Jordan.

After reading her letter from the Ministry of the Interior, the policeman “pretended to be serious and told me: You are in charge of a program. What is it? A television program? Are you an artist?”

She said that she explained that the program focused on economic and social rights for women and youth.

“I will participate in this workshop to discuss unemployment issues in Morocco, Tunisia, Egypt and Jordan and social inequalities and poverty,” she explained.

She said that the policeman’s response was provocative. He said that she is a “beautiful young Moroccan woman” there without a mahram.

“Do you know what Moroccan [women] do here in Jordan?” he asked, referring to prostitutes.

When she said, “Yes,” his colleagues laughed.

He then rhetorically asked her: “What do they do?”

Fakahory then said that women work in international organizations and run projects and programs aiming to end poverty. “They travel more than 16 hours to attend workshops but they are insulted because they are Moroccans.”

Despite her firm words, the policeman laughed and said “I promised myself that my second wife would be a Moroccan. I like wild women.”

Fakhoury then condemned the discriminatory visa policies in Egypt and Jordan because they consider any Moroccan women under 35 years as a “prostitute.”

‘We decided not to remain silent’

Fakhoury commented that she could not attend a meeting in Egypt because the Egyptian embassy refused to give her a visa. She said that she missed an opportunity to feature her project due to the visa denial.

Fakhoury then finished her post, which she shared yesterday on Facebook, by calling all activists and journalists to defend the dignity and rights of Moroccans.

“Support us because we decided not to remain silent,” she said.

Jordan is not the only country that imposes the restriction on Moroccan women. Kuwait will not give Moroccan, Tunisian, and Lebanese women work permits if they are not accompanied by a male relative. 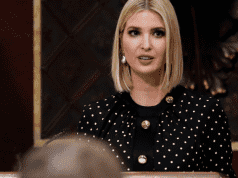 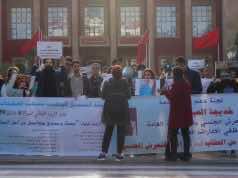