In an interview, Benatia talked about his decision to leave Juventus and his dissatisfaction with his former coach.

His statement came as a reaction to the alleged “broken promises” Allegri had failed to fulfill, particularly after Leonardo Bonucci, who has a highly reputable profile, returned back to Juventus.

Mehdi Benatia left Juventus earlier this year after spending multiple games on the bench, breaking his contract in order to join the Qatari Al Duhail club.

At first, Allegri objected to Benatia’s decision to leave Juventus for another team, but Benatia stood firm because he demanded more game time and did not want to have his “butt glued to the bench.”

In voicing his discontentment with his former Juventus coach Allegri, Benatia said that he would not mind staying on the bench “if there were to be a player much more competent than I am.” In those circumstances, he said, “I would assume my role as a leader on the team with a smile.”

He added that Renard thought “I had to pursue my career in Europe, [but] he respected my decision.”

Benatia chose Al Duhail over other clubs despite tempting bids because he said he wanted his kids raised in a “Muslim culture.”

Benatia, who joined Juventus in 2016, said that he initially decided to stay with his team after having been reassured that Bonucci, the newly arrived defender, would not immediately take his place unless he proved himself.

Benatia eventually decided to “look somewhere else” when he realized Bonucci was getting more game time. Al Duhail competed for Benatia with Manchester and Monaco and ended up getting him for €10 million. 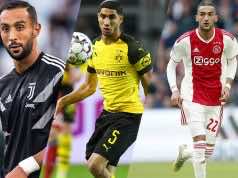 France Football Shortlists 3 Moroccans for Maghreb Player of the Year 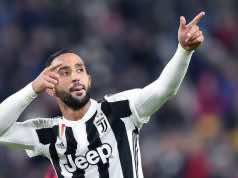 Mehdi Benatia on the Bench: ‘A Lion Never Dies, He Sleeps’