The UN report called on the Moroccan government to release Taoufik Bouachrine, sentenced to 12 years in prison for rape.

The UN report called for the journalist’s immediate release. Bouachrine was convicted of human trafficking, rape with violence, and sexual assault on November 18, 2018.

The report also called on the government to compensate Bouachrine and to give him a guarantee not to repeat the trial.

In response, Aujjar said on Wednesday that the government took note “with great surprise.”

According to Aujjar, the government provided the working group with details on the case of Bouachrine. But despite the “positive interaction” that Morocco provided, the government was surprised by the group’s opinion “without giving us the opportunity to provide data on the supplementary observations, while the mechanisms of the working group profile the possibility of requesting additional clarifications.”

He commented that the government was surprised because Morocco abolished arbitrary detention in the 1990s.

The report, according to the government, does not reflect Morocco’s continued efforts to promote human rights and its determination to ensure an independent judiciary.

The minister echoed a statement made by the legal adviser of the Moroccan mission at the UN, emphasizing that the group has already issued similar reports against a number of countries, including “democratic countries, such as France, Spain, Australia, and others.”

On Monday, the legal adviser said that the findings of the group were not backed by solid evidence and sometimes relied on details to incite public opinion against governments.

Moroccan officials, according to the adviser, further criticized the working group, saying it “intervenes even in cases that are still before courts.”

Bouachrine, who founded the Akhbar Al Youm newspaper and was well-known for his critical reporting on senior government officials, was arrested in February 2018 after a group of female employees filed complaints against him for rape and assault.. 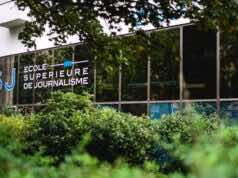