The movie addresses the historically controversial narrative of the Battle of Annual.

Rabat – After his “Allo 15,” “Ben X,” and “the Red Scarf,” Moroccan director Mohammed Lyounsi has premiered his fourth historical feature film “Les Coups du Destin” (The Blows of Destiny) this month. The movie was shortlisted along with 14 other features for the 20th Festival des Films’ grand prize in Tangier in March.

Set between 1921 and 1926, the movie casts light on the Rif war and the Battle of Annual between Amazigh (Berber) tribes and the Spanish colonial power in the mountainous Rif region of northern Morocco, where the Spanish army used chemicals against unarmed Riffians.

Through the story of a Spanish woman and a Moroccan woman, one trapped in oppressive tradition and the other in religious fanaticism, the movie tells of a journey into emancipation.

The storyline lends a feminist edge to the movie without “slipping into the populist feminism that makes of men sworn enemies to women,” as Moroccan cinema magazine Cinephilia commented. Here, the movie “depicts that society and tradition oftentimes make women a contributor to other women’s oppression,” the website wrote.

The movie focuses on the historically-controversial narrative of the war and the “deep wounds the Spanish colonial power left in the region.”

Directed by Mohammed Lyounsi, the movie highlights the role of the Moroccan resistance movement, spearheaded by military leader Abd El Krim El Khattabi, in driving the Spanish army out of the region, employing guerilla warfare tactics only.

In a bold move, Moroccan actress Yousra Tarek decided to shave her head for her role. She said the scene was meant to “directly get to the audience.” 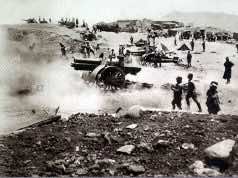 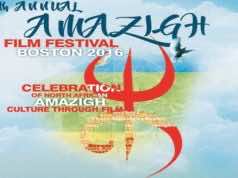