Rabat – Two studies of ancient DNA have shown that North Africans inhabited the Iberian Peninsula long before the Muslim conquest.

The studies proved the presence of North Africans in Iberia from the Bronze Age, when Iberia saw a dramatic genetic shift.

Among the 271 ancient Iberians analyzed, researchers found many had DNA from central Europe, including one man buried in a central Spain Bronze Age site called Castillejo de Bonete. The DNA examination of the man’s 4,400-year-old skeleton showed it was from central Europe.

They also found a 3,500-year-old skeleton of a local Iberian woman.

The results only confirm that the Iberian countries were home to migrants from Central Europe and North Africa. 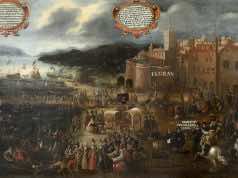 Expulsion of Moors from Spain: A Forgotten Human Tragedy