Interested In Storytelling and Environment? Rooted in Everyday, a biodiversity advocacy group, is organizing an environment-themed creative writing contest with mouth-watering award opportunities. 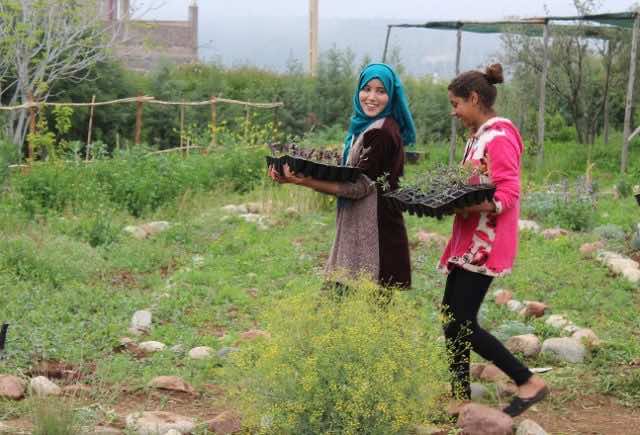 By
Ahlam Ben Saga
-
Ahlam Ben Saga is a Cultural Studies graduate from university Mohammed V of Literature and Humanities in Rabat.
Apr 2, 2019
Spread the love

Rabat – Rooted Everyday, an environmental campaign focused on the Mediterranean, is launching an environment-themed writing competition on April 2.

The short story competition is open for writers over 18 from the Mediterranean ecoregion: Portugal, Spain, Morocco, Greece, and Lebanon.

Candidates should submit a 3000-word story encouraging “awareness, understanding and the protection of Mediterranean culture and biodiversity.”

The deadline for submitting stories will be on June 24, and the winners will be announced on October 1, 2019. Stories can be either in Arabic, English, French, Portuguese, or Greek.

There will also be a competition for children and young adults aged between 7 and 18. Candidates for that category should be from schools in Morocco’s High Atlas mountains, Greek Island of Lemnos in the Aegean Sea, Montados in Portugal, and Shouf mountains in Lebanon.

The campaign has selected experienced readers and judges from each country to look for stories that address the conservation issues within the Rooted Everyday campaign.

The prize includes a certificate, a selection of books, promotional support for the winners to share their stories on the campaign’s platforms and have them featured in an e-book.

According to the organizers, the contest’s main objective, is to show the value of biodiversity and traditional practices in the Mediterranean.

The prize is set to celebrate the rich biodiversity in the aforementioned ecoregions, “and to tell the stories of the people whose livelihoods depend on traditional and sustainable practices.”

Lily Mordechai, MeDINA’s Scientific Secretary, said:  “We chose to make creative writing part of the campaign because storytelling is a powerful tool that is authentic … By engaging writers and creative individuals we hope we will not only raise awareness but also hear stories of how people experience and perceive biodiversity and heritage in the Mediterranean.”