After weeks of fluctuating messages, have Morocco and Saudi Arabia finally decided to reconcile? 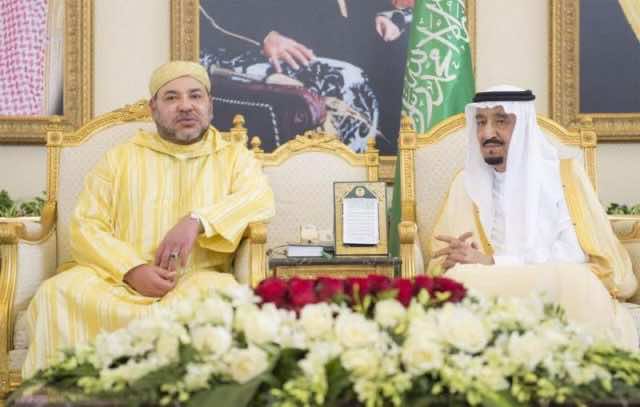 Rabat – “Concordant sources” close to the Moroccan royal palace have indicated that King Mohammed VI will visit Saudi Arabia as early as next week, a number of Moroccan outlets have reported.

Starting on April 24, the Moroccan monarch will allegedly embark on a trip to Riyadh and Jeddah. Without elaborating, sources told Moroccan outlet Le 360 that King Mohammed VI will have audiences with both King Salman and Crown Prince Mohammed bin Salman, also known as MBS.

Neither strong allies nor vested enemies

The news comes on the heels of uncertain relations between Saudi Arabia and Morocco.

In the last months, assessing the extent of Morocco-Saudi friction became more increasingly difficult with a series of mixed messages that the two formerly strong allies sent each other.

Unhappy with Riyadh’s shaky support on issues like Western Sahara, which Morocco deems essential to its national identity, Morocco warned Saudi Arabia of the importance of reliability and reciprocal loyalty in bilateral relations.

Appearing to speak to Riyadh, Morocco’s foreign minister Nasser Bourita said at a news conference in early April that bilateral relations only work when each of the parties makes efforts to avoid crossing the red lines set by the other. A working alliance, Bourita emphasized, is built on reciprocity and loyalty to “principles and constants.”

Riyadh, meanwhile, is understood to have taken issue with Morocco for not following its guidelines in the Saudi-led boycott of Qatar during the latest Gulf crisis. The friction between the two allies allegedly intensified when Rabat appeared to announce a withdrawal from the Saudi coalition in the war in Yemen.

But even as reports continued pointing to deteriorating relations between the two kingdoms, officials argued that the situation was not as dramatic as presented in media narratives.

Even in what has so far been seen as his most muscular public statement on the alliance with the Saudis, Bourita was diplomatic. He was crystal clear on what Morocco wants but less so on where Rabat stood with Riyadh.

While the two allies disagreed on regional issues, Bourita declared, it had never been question of a total rupture in their “historical” and “brotherly” ties.

Rapprochement in the air

On Tuesday, April 16, a picture featuring Morocco’s King Mohammed VI and Turki Al Al Sheikh, an adviser at the Saudi royal court, made the rounds on social media. The picture in itself was an event, perhaps the boldest statement so far.

Turki Al Sheikh, just months earlier a hated figure in Morocco for numerous remarks that many Moroccans perceived as more than unfriendly and undiplomatic, now stood side by side, broadly smiling, with Morocco’s King.

The picture, the Saudi official later commented, marked King Mohammed VI’s acceptance of Al Shiikh’s request that the Arab Championships, a regional football tournament, be named after the King.

“As the president of the Arab Football Union, I am very honored that our next championship will bear the name dear to all Arabs: that of King Mohammed VI,” Al Sheikh said.

The King’s meeting a Saudi official whose explosive statements during the build up to Morocco’s failed bid to host the 2026 World Cup was, however, the culmination of numerous steps Morocco had taken towards regional peace and dialogue.

Morocco made the first ‘brotherly’ steps

Between April 9 and 10, Bourita met Crown Prince Mohammed bin Salman and King Salman of Saudi Arabia, a further indication of Rabat’s calls for regional unity, according to Morocco’s state-run Maghreb Arab Press (MAP).The current escalation of tensions in the Libyan crisis has been one instance where Rabat and Riyadh have so far parted ways.

Saudi Arabia and the UAE support General Khalifa Haftar, whose troops control much of eastern Libya and recently assaulted Tripoli. Morocco, meanwhile, is calling for a dialogue-based political process.

“The military option would only further complicate the country’s situation and [negatively] affect the stability and security of citizens,” Bourita said on Wednesday following a meeting with an envoy of the UN-recognized Libyan government in Tripoli.

In his meetings with both King Salman and MBS, Bourita stressed King Mohammed VI’s message of fraternity to preserve a solidarity-driven agenda in regional matters, especially in Libya, where Morocco is positioning itself as the primary peace broker.

According to Le 360’s sources, the announced visit of King Mohammed VI to Riyadh is consistent with Morocco’s expanding role in regional geopolitics. King Mohammed VI, the argument goes, wants to finish what Bourita initiated with his recent Gulf tour.

According to the same sources, while bilateral ties will feature in King Mohammed VI’s audiences with King Salman and MBS, regional coordination in Libya is set to take center stage.

As Morocco takes the leading role as a moderator of the political process in post-Arab spring Libya, the King wants to make sure that all regional powers are on board with Morocco on the principle of non-intervention.