The minister of finance and economy has warned that the current tax system creates challenges which require comprehensive reform.

Rabat – Minister of Finance and Economy Mohamed Benchaaboun has shared alarming figures to warn of the challenges facing the tax system in Morocco.

“Many Moroccans, especially those working in the liberal professions, do not regularize their situation by not subscribing to tax declarations, whether in terms of income tax, value added, and corporate tax,” said Government Spokesperson Mustapha El Khalfi.

El Khalfi was conveying Benchaaboun’s concerns to the press on Thursday after the weekly cabinet meeting.

El Khalfi continued that income tax compliance is “therefore restricted to employees,” representing an “imbalance that generates several inequalities.” Independently-employed Moroccans or those working in the informal sector, he implied, are less likely to comply with income tax laws.

The minister said that 80% of the Value Added Tax (VAT) is paid by only 1.6% of taxpayers.

In addition, 0.8% of the companies liable to pay corporate tax pay 80% of the total corporate tax. Only 46% of companies actually report to the government.

El Khalfi added that only 33% of companies report their corporate gains, resulting in low tax compliance and many challenges, especially lack of fiscal neutrality.

Benchaaboun’s presentation comes on the eve of the third National Conference on Taxation, which opened Friday in Skhirat, a seaside town near Rabat.

The event is chaired by several business operators and officials, including Head of Government Saad Eddine El Othmani.

El Othmani added that many of the tax requirements are “no longer responsive to immediate needs,” and he urged for a “collective assessment” to make a radical reform of the tax system in Morocco. 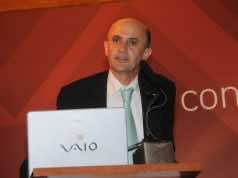 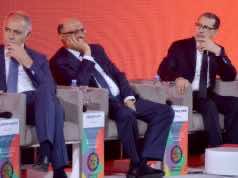