What is the link between economic level and religious devotion and how does Morocco fit the trend? 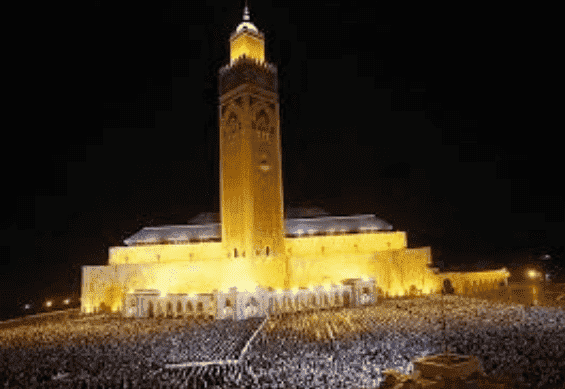 Rabat – Around 80% of Moroccans pray daily, a higher percentage in comparison to many Muslim countries. The American fact tank PEW Research released a study on May 1st comparing the level of daily prayer and religious devotion around the world. The research drew connections between education and economic levels of a country and their degree of spirituality.

In North Africa, Algeria has the highest rate of daily prayer at 88%. However, Morocco ranks above other countries in the region at 80%. According to the survey, 72% of Egyptians, 67% of Tunisians, and 52% of Lebanese respondents pray daily. The highest level of daily prayer in the world is in Afghanistan where 96% of respondents reported praying daily.

The most prayerful country in Africa is Nigeria, where the level of daily prayer is 95%. About half of the Nigerian population is Muslim and around 40% is Christian. In contrast to many Muslim countries, countries in Europe and Asia had some of the lowest rates of daily prayer. In Spain, 23% of adults pray daily, whereas in the UK, 6%, and in China, 1% of adults say they pray daily.

How does GDP impact religious devotion?

The report highlighted the economic explanation for religious devotion in these regions. Religious commitment held a strong connection to the degree of safety and security people feel as they go about their daily lives. According to the author of the survey, “Countries with less wealth tend to have higher rates of prayer,” and every country where “at least 70% of adults say that they pray each day, has a per-capita Gross Domestic Products (GDP)  under $20,000.”

The Middle East-North Africa region had above-average rates of daily prayer in countries with a per-capita GDP less than $20,000. In the region, Israel has the lowest rate of prayer, where per-capita GDP is $34,000 and just 27% of respondents said they pray every day.

Most wealthy countries have low levels of prayer. According to the research center, “rising education levels are often closely tied to economic development,” which often leads to reduced religious identity. However, the United States is the only country whose per-capita GDP is over $30,000 and has a rate of prayer higher than 40%. Over 55% of Americans reported praying daily.

The holy month of Ramadan highlights Morocco’s religious devotion. The kingdom began celebrating Ramadan May 7th,2019  and will continue to do so for 30 days. Throughout Ramadan, many Moroccans go to mosques to pray throughout the day and especially after breaking their fast. In addition to the five daily prayers, during Ramadan, there is an extra prayer called“tarawih,” which is performed at night.