In 2019, Morocco’s economy will experience a slowdown in growth as the economy is expected to grow at 2.9 percent compared to a previous growth rate of 3 percent.

Rabat – According to the High Commissioner for Planning (HCP) Ahmed Lahlimi Alami, Morocco’s economy will be weighed down by debt in 2019.

Lahlimi said that the overall public debt of the economy will increase to 82.5 percent of GDP, slightly up from 82.2 percent in 2018.

According to Lahlimi, “Debt is becoming heavier and we must try to increase national savings through good support and a good distribution of household income, support for the activities of SMES (small business and medium-sized enterprises).”

He added that the situation also requires the further mobilization of both Moroccan capital, administration, consumers, civil society, and businesses.

Lahlimi said that Moroccans should consume more products made in Morocco. He also invited Moroccan investors to invest more in Morocco and to value Morocco’s investments in infrastructure, which increase Morocco’s attractiveness for investment.

In his remarks shared on Wednesday in a press conference in Casablanca, Lahlimi predicted that the global economic situation would be marked by a slowdown in growth, investment, and demand. He foresaw instability in the capital markets in commodity prices, especially in oil, due to anticipated increases in production.

According to Lahlimi, Morocco’s agricultural harvest in 2018 was bountiful, thanks to rainfall.

The current season, however, has not been as auspicious after a very wet start.

“But this generous rainfall has been negatively impacted” by temperatures that were too cold and dry in December, Lahlimi said.

Lahlimi added that over the past 30 years, agriculture seasons have tended to start under the same very wet conditions.

He noted that HCP assumes in the projected economic 2019 budget that winter rainfall will return according to a normal season.

Lahlimi said that non-agricultural activities will continue to grow at the same pace. Inflation will be reduced to 1.2 percent from 1.7 percent in 2018, Lahlimi was quoted as saying by Maghreb Arab Press (MAP).

GDP growth of 2.9 percent will be driven by domestic demand, Lahlimi asserted, despite a slight downturn compared to 2018 growth.

Lahlimi also expects the impact of external demand on GDP growth to remain negative, decreasing from 1 percent in 2018 to -0.8 percent in 2019 due to the gap between the growth rate of imports versus exports.

A better year next year

According to the African Development Bank (AfDB), Morocco’s GDP will grow by 4 percent in 2020.

“The medium-term economic outlook projects a continuing decline in real GDP growth, to 2.9% in 2019, before a rebound to 4.0% in 2020. The projected slowdown in 2019 is attributable to a slight decline in primary sector value added [production],” said a report by the bank on the “African Economic Outlook – 2019” presented on Thursday in Abidjan.

According to the report, Morocco’s economy continues to show resilience as the government’s annual“fiscal deficit, an estimated 3.9% of GDP in 2018, up from 3.7% in 2017, is expected to gradually shrink under fiscal consolidation, tax reform, the rationalization of public expenditure, and more effective collection of tax revenues.”

According to the bank, Morocco has achieved remarkable economic performance over the past decade.

AfDB added that “the deficit reflects primarily a rise in imports of oil and capital goods, while alleviated by tourism receipts and remittances.”

The report also mentioned that Morocco’s industrial activities, including the automotive, aeronautics, and electronics industries, are contributing to Morocco’s economic growth. 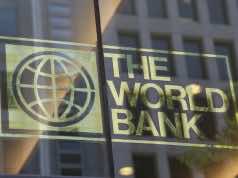 Morocco Received Over MAD 30 Billion in Foreign Funds in 2017