The only country to receive more visas than Morocco is China, Le Drian said. However, the data contradicts statistics shared by the French Ministry of Interior. Le Drian made the statement during his visit to Rabat on Saturday to meet with his counterpart Nasser Bourita to discuss bilateral relations between Morocco and France.

The minister said that France has never issued as many visas to Moroccan citizens as it did last year. Le Drian said that “more than 400,000 Moroccans received visas to France from French consulates across Morocco in 2018.” The number makes Morocco the second  country that receives “most visas from France, after China.”

Le Drian said that the increase is “very significant” as it shows the “attractiveness” of diplomatic ties between Paris and Rabat.

“It is rather good news for our relationship, but it must be managed as best as possible,” he said.

The number shared by Le Drian, however, contradicts figures from the French Ministry of Interior. The ministry states that Moroccans only received 334,016 visas in 2018, making the North African country the third country to receive most visas from France after China and Russia.

The French official reassured Moroccan citizens  that the visa fee for France has not increased, adding that his country is subject to “European regulations.”

In addition to the visa discussion, Le Drian also praised the business relations between Morocco and France. He recalled that more than 900 French companies are directly or indirectly operating in Morocco, creating “thousands of job opportunities.”

“We have a will to continue together in a real partnership, which was singularly illustrated at the inauguration of the LGV [high-speed train],” Le Drian said. He referred to the visit of President Emmanuel Macron, who inaugurated Africa’s first LGV with King Mohammed VI in November 2019.

Le Drian also announced that both countries will convene a high-level meeting, which is expected to take place in the upcoming fall of 2019.

In addition to business and visa discussions, Le Drian also pledged his country’s interest in helping Morocco to curb unemployment among youth.

Le Drian said that French higher education institutions in Morocco are ready to “engage in joint work with Moroccan authorities to provide young Moroccans with education and job opportunities.”

The minister added that this partnership would further contribute to strengthening of the Franco-Moroccan relations.

In the press conference with Le Drian, Bourita said that the official visit is part of the “ongoing dialogue” between the two countries.

Bourita said that the Rabat-Paris partnership is based on a determination at the highest level between King Mohammed VI and President Emmanuel Macron, who “always stressed the importance of consolidating the achievements of this partnership.” 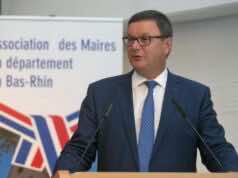 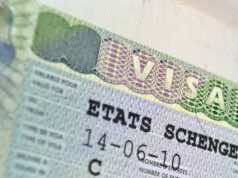