While the sixth day of Mawazine saw the International Stage packed with fans for performances by Travis Scott and Aya Nakamura , Youssoupha brought his unique Franco-Congolese music to the Bouregreg Stage.

Rabat – Born in Kinshasa in the Democratic Republic of the Congo and raised, for much of his life, in France, Youssoupha has developed his own unique style of French rap during his career as a musician.

Performing at Mawazine’s Bouregreg stage on Wednesday, June 26, these original Franco-Congolese rhythms and vocals filled the air along the river between Rabat and Salé.

While the sixth day of Mawazine saw prolific artists such as Travis Scott and Aya Nakamura attracting a massive audience at the OLM SOUSSI stage, Youssoupha brought the sounds of sub-Saharan Africa to a smaller audience in Rabat.

Despite being largely overlooked by the media in favor of popular performers at Mawazine’s International Stage, Youssoupha still gave a powerful and energetic performance, proving why the artist has been so highly decorated and recognized in the past.

With three gold records and one platinum record under his belt, Youssoupha has certainly never failed to deliver audience-pleasing music to his fanbase.

However, perhaps the artist’s most notable achievement is his title as a Chevalier of the Ordre des Arts et des Lettres, awarded by the French government for a “significant contribution to the enrichment of the French cultural inheritance.”

Using music as a means of raising awareness about social problems, Youssoupha’s brand of conscious rap has earned him a loyal fanbase in both Morocco and other parts of the world.

Though it may have been smaller than that of Mawazine’s more widely recognized artists, Youssoupha’s fanbase certainly did not lack any energy during his performance, with the audience’s singing feeling almost physically filling the air above the crowd.

Moving into the final days of Mawazine, Youssoupha’s performance proved that the Bouregreg Stage could be just as energetic and powerful as the more renowned OLM Soussi stage, setting a high bar for the artists following after. 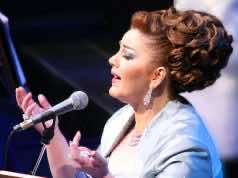 Mawazine 2019: Mayada El Hennawi to Perform Instead of Ziyad Rahbani