The princess fled Dubai with her two children and £13 million, allegedly aided by a German diplomat.

Rabat – Dubai’s Princess Haya has left her husband and traveled to Europe seeking asylum. Princess Haya Bint Al Hussein, sister to the King of Jordan, is one of Sheikh Mohammed bin Rashid Al Maktoum’s six wives. The Sheikh is the ruler of Dubai and one of the richest men in the world.

While initial reports from UAE legal advisory firm Detained in Dubai stated that the princess fled Dubai in order to claim political asylum in Germany, the BBC reported on Wednesday, July 3, that Princess Haya has been spotted in London. She is said to be currently in hiding in £85 million residence in Kensington.

”The reason for anyone who applies for political asylum, it’s usually because their lives are in danger, and they have suffered severe abuses and violations of their human rights,” Detained in Dubai CEO Radha Stirling told the Daily Beast.

“We have received multiple reports regarding the story of Princess Haya from sources close to the governments in Jordan and the UAE, all of which indicate that she has sought political asylum in Germany,” Stirling added.

She explained that the reports have not yet been confirmed: “We cannot comment on the veracity of these reports, but such an event would clearly represent a powerful indictment against the UAE and against Sheikh Mohammed bin Rashid personally, as well as have potentially dramatic repercussions on the relationships between the countries involved.”

However, reports are now circulating that the Princess, who was educated in the UK at Badminton School for Girls and the University of Oxford, is, in fact, seeking asylum in the more familiar ground of London.

The Sheikh’s daughter managed to get as far as the Indian Ocean before she was apprehended by UAE authorities. She is now back in Dubai, according to statements from the royal family in December 2018.

Princess Latifa explained the reasons behind her getaway in a YouTube video. In the video she accuses her family of detaining, restricting, and tormenting her.

Princess Latifa explained her fear for what was next and the outcome if she stayed in Dubai. She is the Sheikh’s second daughter to attempt fleeing Dubai.

Sheikh Mohamed is the Vice President and Prime Minister of the United Arab Emirates. As a leader who regularly pens poems to celebrate significant events, he responded to his wife’s escape with an angry poem which he posted on his Instagram account.

The poem, entitled “You Lived and You Died,” accuses an unnamed subject..“You betrayer, you betrayed the most precious trust, and your game has been revealed.

“Your days of lying are over and it doesn’t matter what we were and what you are.”

“You no longer have any place with me/ Go to who you have been busy with!/ And let this be good for you; I don’t care if you live or you die.” 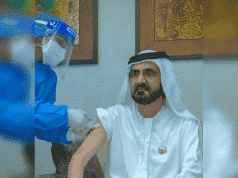 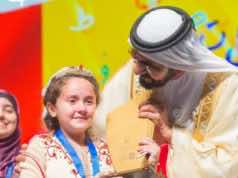 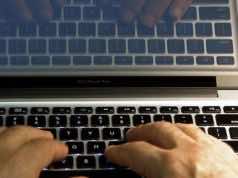 In the UAE, Sympathy with Qatar Could Lead to Jail