The Houthi rebels’ call came after reports that the United Arab Emirates (UAE) will reduce its deployment in war-torn Yemen. 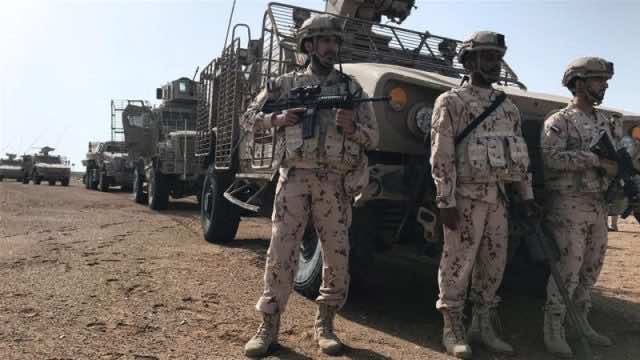 Rabat – Yemen’s Houthi rebels requested on Monday, July 8, 2019 the full withdrawal of a military coalition led by Saudi Arabia and the UAE. The request came after the UAE announced plans to reduce its armed forces in the war-ravaged country.

“We call on the aggressors to withdraw from Yemen, as the Republic of Yemen rejects aggression, siege, and air embargo,” tweeted Mohammed Ali al-Houthi, the head of the Houthi rebels’ Supreme Revolutionary Committee.

“Withdrawing from Yemen is the ideal decision that must be taken at this time,” he added.

The current conflict in Yemen erupted in 2014 when the Houthis allied with parties loyal to the former President Ali Abdullah Saleh and seized most of the nation’s territory, including its capital, Sanaa.  The Houthi move aimed to mitigate the Saudi-UAE-led coalition’s control over the politically tarnished country.

Tensions in the volatile region further escalated in March 2015 when the Saudi-UAE-led coalition launched a vehement air campaign against the Houthi rebels. The coalition aimed at restoring the previously established and internationally acknowledged government of President Abd-Rabbu Mansour Hadi.

Since then, tens of thousands of civilians and rebel fighters have been brutally killed. As many as 85,000 children have starved to death due to the declining standard of living and the country’s stagnated socio economic infrastructure.

A senior UAE official said on Monday, July 8, 2019 that the country will reduce its military presence in Yemen, moving from a “military-first” to a “peace-first” strategy.

According to the unnamed UAE official, the Gulf state has already reduced its military presence in several areas, including the southern port of Aden and the western coast.

The UAE official emphasized his country’s support for Saudi Arabia, its crucial ally in the region, saying discussions on troops’ movements had been coordinated for more than a year.

“This is not really a last-minute decision,” the senior UAE official was quoted saying by news agencies. “This is part of the process within the coalition that’s been discussed extensively with our partners, the Saudis.”

Although the UAE official confirmed that the country’s decision to reduce its armed forces in Yemen was made in collaboration with Saudi Arabia, analysts say it contrasts with the Saudi strategy.

“The UAE more likely intends to split Yemen into two countries of South and North where it will have influence and dominance over the southern part,” Gasim said. “Saudi Arabia, on the other hand, is more interested in defeating the Houthis and ending Iranian influence.”

“The UAE announcement appears to be disingenuous and doesn’t reflect a sincere desire to end the war in Yemen, partly because it was leaked in an anonymous fashion without an official announcement,” Thabit said.

“The UAE troops still have a substantial presence in Yemen, and this development was made more to antagonize the Saudis who are facing more military pressure from the Houthis at their borders with Yemen,” he added.

Yemeni journalist and human rights activist Tawakkol Karman told al Jazeera that the UAE was pressured by Iran into pulling out its armed forces from Yemen.

Karman supported that the Gulf state’s action was a strategic move to improve its image amid the increasing turbulence in the region and to avoid any Iranian threat.

“[Another] reason was a serious warning from Iran to the UAE,” Karman explained. “If they remain in Yemen, then their luxurious, glassy towers will be targeted by any of Iran’s arms in the region.”

The UAE announcement came after a standoff between the United States and Iran, which broke out in June 2019, when Iranian forces shot down a US drone following a series of tanker attacks Washington had blamed on Tehran.

Diplomats have said the UAE prefers to have military forces and equipment on hand in case tensions between the US and Iran further escalate in the Gulf region.

“Many people asked if this is also linked to the current rise of tensions with Iran; I would say fundamentally no,” the UAE official said. “But of course, we cannot be blind to the overall strategic picture.”