“I’ve been humbled by these people’s incredible hospitality,” Ramsey said after visiting an Amazigh village to learn about their cuisine. 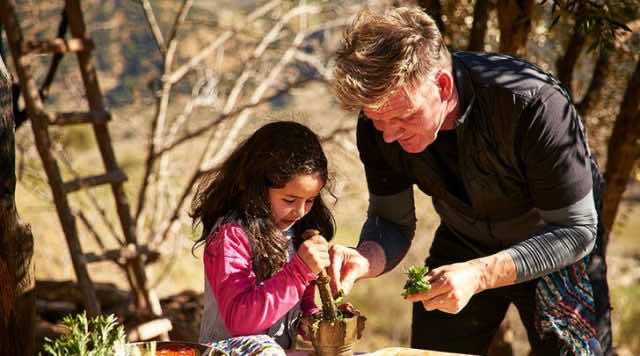 In the episode, Ramsay starts off exploring Morocco’s Atlas Mountains to get a taste of Amazigh (Berber) cuisine and culture. Along with Abdullah, a local who dubs himself the “King of Mushrooms,” Ramsey forages for mushrooms in the Middle Atlas mountains.

Fitted in a climbing harness, Ramsay and the guide rappel down the length of a waterfall into a canyon. “I’m a big adventurer and I love mushrooms,” he says. “But that’s the scariest descent I’ve ever done for a mushroom.”

Moving on from the Atlas Mountains, Ramsay turns his attention to Fez, one of Morocco’s most historic cities, commonly known as the “culture and culinary capital.”

While they eat, Kaanache explains to Ramsay the deep history of the Amazigh people and how their attachment to their land lends the native flavors to every dish. Amazigh “land is where the people still have the traditions and the way of cooking,” says Kaanache.

Wanting to dive in deeper into Amazigh cuisine and tradition, Ramsay then visits an Amazigh village during their Yennayer (new year) celebration. While there, he enlists 9-year old local Fatima to be his “sous chef,” who then welcomes him into her grandmother’s home to learn even more. 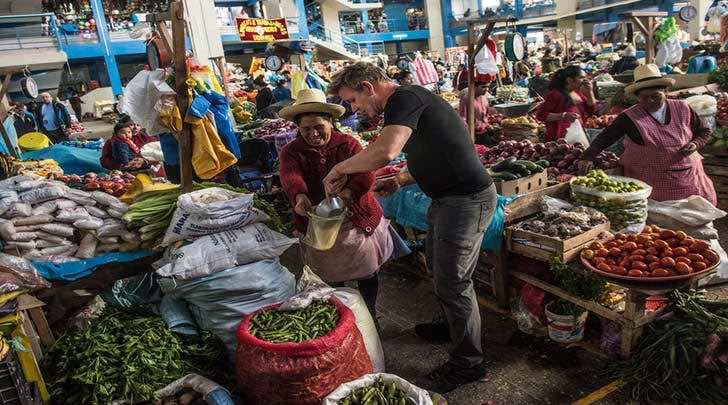 The experience seemed to touch Ramsay, who finished off the episode by saying “I’ve been humbled by these people’s incredible hospitality. I’ve learned techniques that go back centuries, and been reminded that you don’t need a fancy kitchen to produce truly outstanding cuisine,” says Ramsay.

The full episode will premiere on August 5 on the National Geographic channel.