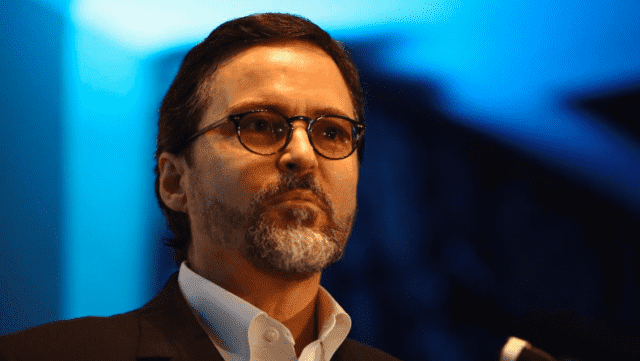 By
Ann Seymour
-
Ann Seymour is an American journalist currently based in Rabat.
Jul 10, 2019
Spread the love

Pompeo said the panel was created to provide an “informed review of the role of human rights in American foreign policy.” Critics have expressed concern that the Commission may serve to roll back the same rights that it was assembled to defend.

Appointee to the Commission and Muslim Scholar Hamza Yusuf has been questioned for his willingness to coordinate with an administration repeatedly accused of Islamaphobia.

American-born Hamza Yusuf converted to Islam in 1977. In 2010 he co-founded Zeitouna University, the first Muslim college in the United States. The Guardian has described Yusef as “arguably the West’s most influential Islamic scholar.”

Yusuf’s decision to align himself with the Trump administration has been harshly critiqued by his academic peers.

Islamic scholar Dr Usaama al Azami said Yusuf’s choice “to throw in his lot with the most venal and Islamophobic administration in American history” was problematic, especially to fellow Muslims.

Speaking to Middle East Eye, Azami described the move as “an unforgivable lapse in judgement which will not easily be forgotten.”

This is not the first time Yusuf has come under fire for his alliances.

In 2018 Yusuf served as Vice President for the United Arab Emitates-founded Forum for Promoting Peace in Muslim Societies. At the forum, Yusuf described the UAE, whose government has a history of violating human rights, as “a country that is committed to tolerance.”

Pompeo told reporters the commission would prioritize “principles” over “policy, but exactly how the panel would function or its actual objective remains unclear. Even the foundation of the Commission on Unalienable Rights has been called into question by critics.

Harvard Law professor Mary Ann Glendon will head the Commission. The staunchly Catholic Glendon’s inclusion on the panel has raised alarm. Glendon, Pompeo’s former mentor and one time US Ambassador to the Vatican is vocally pro-life and once opposed the use of condoms to prevent the spread of HIV and AIDS.

Pompeo’s use of ambiguous language when discussing human rights has caused concern as well.

“How do we know or how do we determine whether that claim that this or that is a human right, is it true, and therefore, ought it to be honored?” Pompeo said when he unveiled the Commission at the State Department on Monday.

Pompeo described the commission’s panel as being composed of human rights experts of “varied backgrounds and beliefs.” The commision of ten individuals from a range of political and religious faiths is primarily white and male.

The Trump administrations’ track record on human rights has been questioned on multiple occasions.

President Trump continues to support the sale of weapons to Saudi Arabia used in the devastating war in Yemen. He has refused to condemn Saudi Prince Mohammed Bin Salman for his role in the murder of journalist Jamal Khashoggi, and expressed his appreciation for oppressive world leaders including President Kim Jong-un of North Korea and President Rodrigo Duterte of the Phillipeans.