Malcolm X: “ Education is the passport to the future, for tomorrow belongs to those who prepare for it today.” 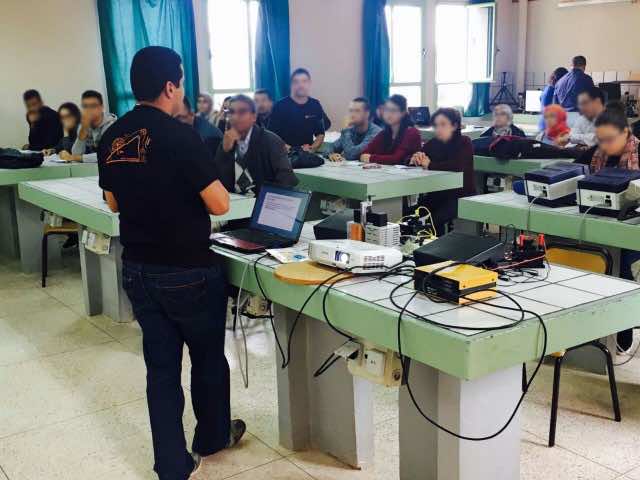 Rabat – It is hard to define education and the extent to which it can alter a human being, as well as society as a whole. It can be described as a transition from obscurity to light, from an empty mind to an open one; or even as a ceaseless journey towards constant growth and limitless discovery. Once someone develops a passion for learning, they become unstoppable. Education is the investment each generation makes in the future—and there is no future without education.

But what about when people neglect its true essence, as the key to every civilized society? In the ancient times, Persian Islamic scholar Al-Tirmidhi preached that the seeking of knowledge is obligatory for every Muslim.

Centuries later, education, as the highest of virtues, has been overthrown in the Arab world. According to research conducted on the education sector, this poses a vehement threat to the younger generations, who desperately dream of a future intact from the system’s inadequacies.

One of them is 19-year-old Oumaima Latrech of Salé, Morocco who just completed her first year studying journalism at the Higher Institute of Information and Communication (ISIC). She considers herself among the “lucky ones” who get to receive a higher education in the North African country.

“Concerning the quality of education here in Morocco, that’s probably the most discussed topic nowadays amongst students and also amongst parents, because everyone is looking for a place that would give them the best educational background to get a better job in the future —and Morocco might not be it,” Latrech told Morocco World News.

“Morocco’s education system is kind of a mess; having experienced college life here, I think school doesn’t really give much to students,” she added.

In Morocco, the education sector is not considered a top priority for the government which overlooks the implementation of tools that would offer a significant boost to the educational system.

Despite some reform endeavors that have been witnessed over the years, such as human resources enhancement and financial aids, none of them has succeeded to redress the complex root of the problem—one that holds many responsible, including the government, the parents, teachers, and the students of the country.

According to Latrech, her college experience in Morocco taught her that if she wants to be the best she could possibly be in the field of her studies, she should seek to further broaden her understanding and knowledge counting on her own meticulous research and individual effort.

“If you want to learn, self-learning is the best solution to develop yourself and skills and gain more knowledge,” Latrech said. “If any student wants to be something in the future, they shouldn’t only focus on what education in Morocco has to offer, instead they should search for things themselves,” she added.

The latest World Universities Ranking, published by the British magazine Times Higher Education, indicates that Moroccan universities are not faring well on the international scale.

Based on the universities’ teaching methods, research, knowledge transfer and international outlook, Moroccan universities came at the bottom of the list, with Marrakech’s University of Cadi Ayyad and Rabat’s Mohammed V University ranked as the 801th and 802th among the 980 listed institutions.

“People here also play a big role in the educational system’s inadequacy, because you can’t expect to fix something without starting from yourself; statistics are shocking,” Latrech said.

In Morocco, illiteracy is still prevalent, with 32.2% of Morocco’s population older than 10 years of age classed as illiterate. A study conducted by Morocco’s High Commission for Planning (HCP) revealed that Moroccans over the age of 15 only spend an average of two minutes a day reading.

“The illiteracy rates are huge in Morocco, we don’t really focus on education as much as we should be,” Latrech said. “If a person does not start from themselves to develop their knowledge and skills, then I don’t think the government or universities could be much help for them.”

Despite Morocco’s current inefficient education system and the scarce opportunities it offers to its students, the latter have not ceased to imagine a future vividly shaped according to their own dreams and aspirations.

With two years remaining before her graduation, Latrech plans to invest in Morocco to gain the necessary knowledge that will make her fully competent to face the future in the tough professional world, as well as to travel and obtain an additional degree at an institution abroad.

“If I ever get the chance to study somewhere else, I would definitely get it; it would be a great opportunity to compare the educational systems and see how things work outside of here,” Latrech said.

“I don’t know if I will work in Morocco or abroad; ideally, I would like to choose for a place where I would feel more comfortable, more motivated and where I could be productive to give my best,” she added.

Latrech still has not fully turned her back on Morocco as a country where she could possibly work and complete her studies at. She is proud of her birthplace and acknowledges that giving up is not always the solution.

Knowledge is life; it can cure any epidemic deeply ingrained in modern societies. According to Latrech, each country alongside its citizens should focus on improving its education system and the quality of knowledge it offers to the younger generations —its own bright and ambitious representatives in tomorrow’s challenging world.

After all, Malcom X was right; education graciously grants one’s access to every tomorrow. And, where would we be without tomorrows?