The King said that the Moroccan-Franco diplomatic relations are based on “deep human and cultural ties.” 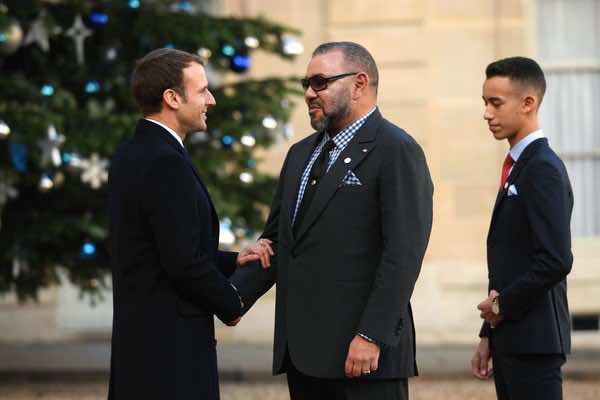 Bastille Day or French national day is a festival celebrated annually in France. The day marks the anniversary of the Storming of the Bastille on July 14, 1789.

The event was a turning  point in the French revolution. The Celebrations, which are held across France, symbolize unity, equality, and brotherhood between French people.

Every year the president of the Republic inspects a large military parade to mark the celebrations.

During his congratulatory address to mark Bastille Day, King Mohamed VI  talked about upcoming events in the two countries’ combined schedule, including Macron’s state visit to Morocco and the next session of the combined high level meeting. He called the joint ventures “an opportunity to reaffirm the singularity of the Moroccan-French friendship.”

The King said that these prospects will “undoubtedly” bring the strategic partnership between both countries to the “level of a model of win-win cooperation” at all bilateral levels.

King Mohammed VI  also talked of his appreciation for the “Moroccan-French Exceptional Partnership.” which, he said, “continues to evolve and develop as witness the joint efforts of our two countries for the realization of various concrete projects.”

Morocco and France share active links in all levels, including trade and education.. The King said that the  “excellence of these links is illustrated through the density of cooperation oriented towards the future and the regularity of the dialogue and political consultation.”

Morocco and France recently renewed their commitment to reinforce their diplomatic ties during the recent visit of French Foreign Minister Jean-Yves le Drian to Rabat in June.

Le Drian praised the business relations between Morocco and France. He recalled that more than 900 French companies are directly or indirectly operating in Morocco, creating “thousands of job opportunities.”

“We have a will to continue together in a real partnership, which was singularly illustrated at the inauguration of the LGV [high-speed train],” Le Drian said. He referred to the visit of President Emmanuel Macron, who inaugurated Africa’s first LGV with King Mohammed VI in November 2018.

In June, the French ministry also announced that a high-level France-Morocco meeting is scheduled to take place in the fall of 2019.