A Palestinian prisoner has been found dead in his cell in Israel’s Nitzan prison barely a month after his arrest. 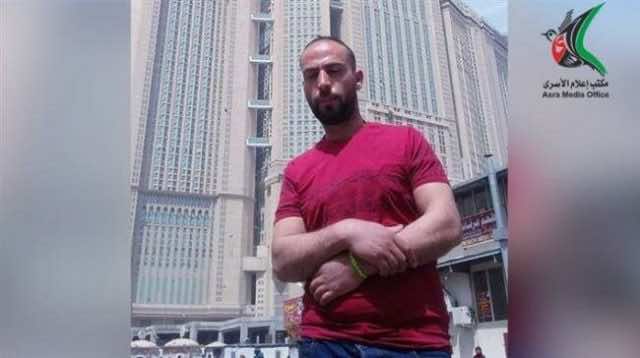 Taqatqa was arrested on June 19 after Israeli forces raided his family residence in Beit Fajjar, a village in Bethlehem located south of the occupied West Bank.

The Palestinian man was initially taken to the Jalameh interrogation center, where detainees have previously reported being subjected to physical and psychological abuse atthe hands of Israeli officials.

According to the Palestinian Prisoners Center for Studies, two weeks later he was transferred to the Nitzan prison in al-Ramleh where he was placed in solitary confinement.

“We were shocked to learn of his death this morning,” his cousin Mohammed Taqatqa told Al Jazeera on Tuesday, July 16.

“We still haven’t received his body, but an autopsy will be conducted to find out the cause of death,” he added.

Taqatqa’s family confirmed to the local media that Nassar did not suffer from any health problems. They also confirmed that this was the first time he had been arrested.

Through tears, the mother of martyr Nassar Taqatqa expressed her devastation at the loss of her son to a local news outlet, saying that she wished she could die instead of Nassar.

Described by his cousin as a “simple, honest man,” Taqatqa was one of six brothers and worked in a stone quarry.

Taqatqa was still undergoing interrogation and no official charges had been brought against him. A court date for the extension of his detention was set for Wednesday, July 17.

Read also: Israeli Forces Brutalize a Palestinian Man For Refusing to Take off His Trousers

The Palestinian Foreign Ministry called for an international inquiry into Taqatqa’s death in a statement released on Tuesday, July 15.

The Palestinian Prisoners Center for Studies also said in a statement Israel was responsible for the death. The Center accused the country’s officials of torture and medical negligence, bearing in mind that Taqatqa was not suffering from any diseases prior to his arrest.

Israeli officials have not yet released a statement on the case.

Al-Taweel further described the Nitzan detention center as “one of the worst prisons” in Israel.

“It is known for its horrific conditions and cruel guards,” Al-Taweel told Al Jazeera. “During Taqatqa’s detention, he was not allowed access to his lawyer, family visits or any communication with others.”

The Palestinian Central Bureau of Statistics says there have been approximately one million arrests made against Palestinians since 1948.

According to Addameer, a Palestinian prisoners’ rights group, there are currently 5,250 prisoners in Israeli jails, including 205 children and 44 women.

Following Taqatqa’s death, Hassan Abedrabbo, a spokesman for the Palestinian Prisoners‘ Affairs Committee, told local media that Israeli forces had shut down all jails holding Palestinian prisoners. Prison authorities have also denied entry to lawyers and have cancelled prisoner transfers as well as court sessions for the day.

Abedrabbo added that Israeli prisons were in a state of “tension and alertness” in fear of a Palestinian prisoners’ protest against Taqatqa’s death.

“As soon as they heard the news of Taqatqa’s death, the prisoners have been banging on their cell doors, and have informed the prison administrations that they would not receive their meals,” the Palestinian Prisoner Society posted on Facebook.

The Palestinian Prisoners Center for Studies said Taqatqa’s death meant that the number of Palestinian prisoners who have died in Israeli prisons since 1967 has increased to 220.