Following the tragic death of a police officer in the course of his duty, the DGSN will provide cameras to allow officers to film their interactions with suspects. 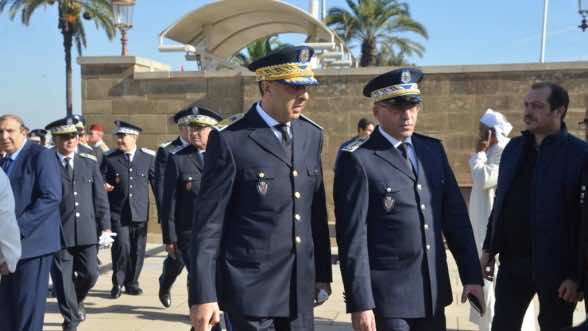 Rabat – The director of the General Directorate of National Security (DGSN), Abdellatif Hammouchi, taken steps to ensure that police officers remain professional during interactions with citizens. Hammouchi has given instructions to officers on how to approach traffic offenders.  .

The Arabic speaking newspaper Al Massae reported on Wednesday, July 17, that El Hammouchi has reiterated his insistence on certain principles to which police officers must adhere. He reminds the police force that they must make themselves visible when carrying out traffic control checks.

El Hammouchi further stipulates that police officers must maintain the legal distance from suspected traffic offenders while checking their documents, as well as speaking to suspects with respect.

The newspaper reported that this reissuance of protocol follows the tragic death of a police officer while exercising his duty in M’diq (northern Morocco) on Sunday, July 14. The policeman was in pursuit of a biker, the pursuit began in Marina Smir and continued to M’diq. The reckless motorcycle driver hit the police officer at a high speed.

In addition to issuing new orders, El Hammouchi will provide his officers with the latest technology traffic equipment to better monitor the road. The equipment includes breathalyzer equipment to monitor alcohol consumption  and cameras to film discussions with drivers.

The new instructions aim to create an atmosphere of transparency and respect for citizens’ rights and duties.

Morocco is currently witnessing a modernizing shift in terms of road safety. The government has recently approved the installation of state of the art speed radars to more efficiently detect traffic offenders from long distances and during the night.

The Ministry of Equipment and Logistics has announced a program to repair the old radar system, as well as adding to it with new equipment.