The index looks at a range of criteria to prepare its list of the most dangerous places for female travelers, including cases of violence, and sexual harassment. 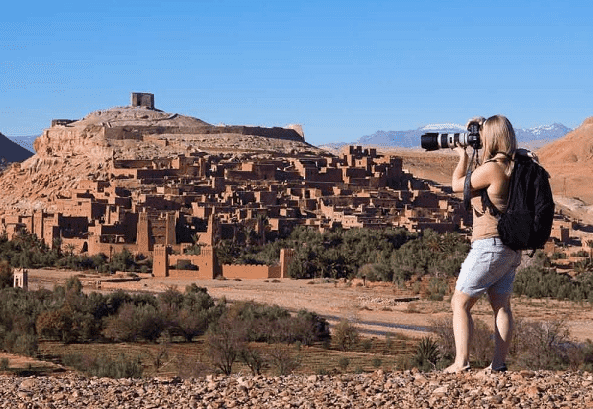 Rabat – The 2019 Women Danger Index listed Morocco as a place to avoid for female travelers. Morocco ranked eighth in an index of 50 countries prepared by Asher and Lyric Fergusson, two travel bloggers.

Published on July 15, the index shows South Africa as the most dangerous country for solo female travelers, with Brazil in second place, followed by Russia.

The index takes into account several factors, including the percentage of women who feel safe walking alone at night, the intentional homicide of women index, and sexual violence.

This was defined in the blog post as, “Aggregate score for laws and regulations that limit women’s ability to participate in society and the economy or that differentiate between men and women.”

In 2018, Morocco adopted Law 103-13 against gender-based discrimination to criminalize public harassments and all forms of violence, including sexual assault.

Moroccan women and activists, however, questioned the efficiency of the law, especially after the publicization of several rape cases and violent incidents.

The most recent infamous rape case hit headlines in July when a man violently raped a Moroccan woman in Rabat. The violent rape resulted in the woman’s death.

Since then, female activists have been condemning the light sentences given to defendants charged with violence, rape, or sexual harassment.

A government-sponsored survey shows that 12.4% of Moroccan women faced sexual assaults in public spaces in the past twelve months.

In addition to violence in public spaces, the index finds that domestic violence is “often underreported to varying degrees in each country.”

A survey from the Moroccan government shows that the grim reality of domestic violence is worrying in Morocco and all the more difficult to tackle as the majority of women do not report it.

According to the study,  a whopping 93.4% of sexual violence victims have not reported their plight to authorities.

While the index does not mention the incident, the brutal murder of two Scandanavian tourists in the Atlas Mountains near Mount Toubkal in December 2018 could be a defining factor in Morocco’s low scores on the index.

Following the incident, several embassies upgraded security alert for terror risk. In addition to the US, Canada, and the UK also warned their citizens to exercise caution due to “terrorism” in Morocco.

Despite concerns over sexual violence, several other indexes show Morocco to be as safe as most European countries.

The 2019 Travel Risk map showed that Morocco the US and have a low-risk level.

The map shows Morocco as the only country to have a low-risk level in North Africa, with Algeria and Tunisia classed as medium risk.

The map helps organizations and travelers better understand the risks of each destination where they travel and operate.