A US administration official, who spoke on the condition of anonymity, said that Kushner met with he MBZ and Oman’s Minister Responsible for Foreign Affairs Yusuf bin Alazi bin Abdulah, according to the Jerusalem Post.

The news outlet added that Kushner’s meeting with the MBZ was expected to take place in the UAE, but it “ultimately took place in Morocco.”

Morocco’s news agency Maghreb Arab Press (MAP) has not reported on the arrival of Kushner, MBZ, or Oman’s FM.

The unnamed official said that the meetings were “extremely productive.” The meetings aimed at following up on the US-sponsored economic meeting held in  Manama in June.

The meeting discussed the economic aspects of the proposed Israel-Palestine peace plan.

Daniel Estrin, a  correspondent at the  National Public Radio in Washington tweeted that Kushner will be visiting the Mideast with stops to Saudi Arabia, Jora, Israel, Egypt, and Morocco.

While the reason behind his second stop in Morocco has not yet been confirmed, international news outlets said that the visit seeks to gain support for the US economic project as part of the Middle East peace plan otherwise known as the Deal of the Century.

The deal seeks to boost the economy in Palestine, according to the US narrative.

Palestine, however, refuses any mediation from the US as it believes that the US is siding with Israel.

The tension between the US and Palestine intensified after US President Donald Trump announced his country’s decision to relocate the US embassy from Tel Aviv to Jerusalem.

On July 24, Trump’s administration blocked a proposal urging the UN to issue a condemnation after Israeli forces demolished Palestinian homes in Oued al-Homes, south of the occupied Jerusalem. 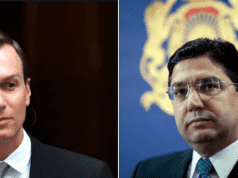 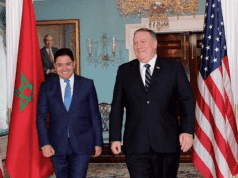