Amid the controversy surrounding the comments made by a Justice and Development Party (PJD) MP, the president of the Tiwizi Association has jumped to defend the Belgian volunteer project. 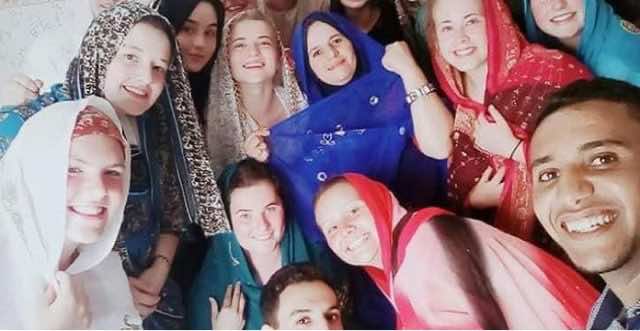 Rabat – President of the Tiwizi Association Hassan Ait Addi stated that the Belgian volunteers building a road near Taroudant are part of an association named Bouworde. Tiwizi has been collaborating with the NGO since 2004.

Ait Addi expressed his surprise that Board’s initiative, which has been operating for 14 years, is receiving so much online attention.

“I was amazed by the mass engagement on Facebook, although the work done by Board association has been ongoing for 14 years and included many activities. They were eating with us and attending weddings and traditions,” Ait Addi told Moroccan news outlet Goud,

Ait Addi added that the two associations have regularly collaborated on construction work, infrastructure projects, as well as cultural centers and activities.

“We first started by building a cultural center. Then we went to the infrastructure and paving. This is where the picture came from,” the 45-year-old man explained.

The Tiwizi president explained that two or three groups consisting of 10 to 17 volunteers of different nationalities come each year to the region. He pointed out that volunteers include students, researchers, professors, and babysitters.

The philanthropist also explained in detail how the volunteer project works in terms of accommodation and transport.

“They paid for their own food and we help them in their activities they want to do in the region. In parallel, whenever there is a wedding, they are invited and wear traditional Amazigh clothes,” said Ait Addi.

“When they celebrate, we celebrate with them in the form of coexistence and tolerance.”

Tiwizi president commented on the primary school teacher from Ksar El Kebir who made an extremist comment on a Facebook post related to the Belgian girls’ initiative.

“That extremist does not know anything about the region, nor about the suffering of the population,” said the association president.

Ait Addi also commented on the controversial Facebook post by PJD MP Ali El Asri. “I want to tell him that you do not understand anything and you don’t deserve a place in the parliament.”

The Tiwizi president argued that El Asri’s thoughts are a blow to the region’s tourism and could destroy the region’s economy. Ait Addi added that the government should investigate the incident.

The group of Belgian tourists left the country yesterday, Tuesday, August 6, having come to the end of their scheduled visit. 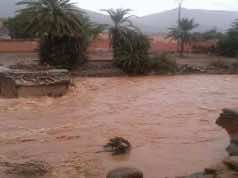