Rabat – In coordination with the General-Directorate for Territorial Surveillance (DGST), Fez judicial police aborted three drug trafficking operations across the city. Police also arrested seven people and seized 7,079 pills of ecstasy as well as other drugs. 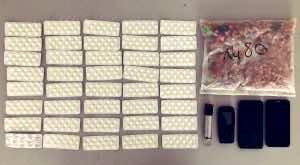 The first operation resulted in the arrest of two suspects carrying 3,999 hallucinogens and a sum of money thought to be revenues of drug trafficking. Police later arrested a taxi driver who they suspect is involved in the case.

In the second operation, police arrested a 17-year-old female traveling by bus in possession of 2,080 hallucinogens. Police were also able to arrest the main suspect and a third suspect who was carrying a tear gas bottle and a large sum of money suspected to be gains from their trafficking operations.

The third police operation led to the arrest of a  final suspect who was on a bus coming from Tangier and carrying 1,000 different kinds of hallucinogens. 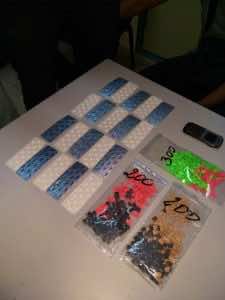 The adult suspects remain in custody under the supervision of the Prosecutor’s Office while the 17-year-old minor is under surveillance. Investigations into the case are ongoing in order to arrest possible accomplices in the trafficking operations.