Morocco, along with five other countries from the Middle East and North Africa (MENA) region, are in the top 25 countries emitting Sulfur Dioxide (SO2), one of the most air polluting and harmful gases.

Rabat – In a report published on August 19 by Greenpeace, an international non-governmental organization with environmental aims, Morocco ranked 25th in the list of countries with the most SO2 emissions in 2018.

The ranking shows India as the top emitter of SO2, with an alarming 4,586 kt/year, followed by Russia, China, Mexico, and Iran.

In Morocco, the industrial zones of Jorf Lasfar, Mohammedia, and Safi are among the highest emitters of SO2. Worldwide, the highest concentration of SO2 emissions is found at the Norilsk smelter, in northern Russia.

The main source of SO2 emissions the burning of fossil fuels in power plants and other industrial facilities. Other emitting sources include industrial processes such as extracting metal from ore; natural sources such as volcanoes; and locomotives, ships and other vehicles and heavy equipment that burn fuel with a high sulfur content. However, 99 percent of SO2 in the air comes from human sources.

An exposure to SO2 would cause irritations in the nose, the throat, and the airways, causing coughs, wheezes, shortness of breath, and a tight feeling around the chest.

Those most at risk of developing problems if they are exposed to SO2 are people with asthma or similar conditions.

Air pollution in Mohammedia is obvious, according to local pulmonologist Dr. Hamid Kerrat who was interviewed by Al-Araby Al-Jadeed in June 2018.

“At times, black dust envelops the city and can be seen on car windows and house rooftops,” Kerrat said.

Kerrat also said his office is always full of patients suffering from respiratory-system illnesses and asthma, where about 60 percent of his patients are children or teenagers who live near Mohammedia’s industrial zone.

According to Kerrat, the harmful particles in the air are one of the main reasons why children and young people develop asthma.

Senior analyst at Greenpeace Nordic, Lauri Myllyvirta said: “a shift to environmentally sustainable solutions away from fossil fuel energy could save “billions of dollars in health costs and thousands of lives every year.”

“The burning of fossil fuels such as coal, oil and gas is the largest source of emissions of SO2 resulting in disastrous air pollution and premature deaths.”

“It’s fundamental that governments rapidly transition away from fossil fuels and set stronger emission standards as they shift over to sustainable alternatives,” she said.

On June 2019, Morocco’s Secretary of State for Sustainable Development, Nezha El Ouafi, said that the economic cost of air pollution in Morocco is estimated at 1.62 percent of the country’s GDP. 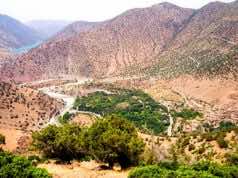 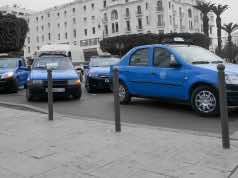 Rabat to Participate in World Car Free Day on September 22