The Moroccan equestrians offered Morocco its eighth gold medal during the African competitions. 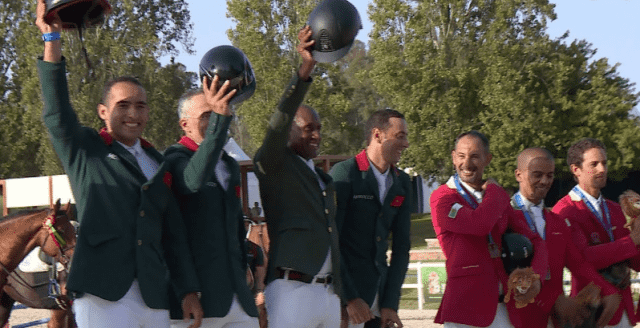 The Moroccan equestrians gave Morocco its eighth gold medal in the competition, which began Monday, August 19, in Rabat and continues until Saturday, August 31.

The team scored 1.84 points at the Dar Es Salam Equestrian Sports Complex and Tbourida, ahead of Egypt with 3.23 points, and Algeria with 60.97 points.

In a statement to the state-owned press agency Maghreb Arab Press (MAP), Moroccan equestrian Abdelkebir Ouaddar said he was very proud to have been able to offer a gold medal to all Moroccans.

“We managed to win this medal thanks to the efforts of all the riders who played with a serene state of mind and as a team,” added Ouaddar.

Morocco has won seven other gold medals in judo, taekwondo, and snooker.

The vice-president of the African Confederation of Equestrian Sports, Algerian Fahima Sebiane, hailed Morocco’s “outstanding” level of organization of the African Games. Morocco took over the hosting of the games just months ago after Equatorial Guinea pulled out as hosts.

Sebiane continued to pay tribute to the Moroccan organizers and considered them as  “extremely powerful.”

“We want to sustain the organization of championships and meetings at the African level to promote horse riding in the continent,” said Sebiane.

Sebiane is also the vice president of the Algerian Equestrian Federation.

Morocco is hosting the African Games in the cities of Rabat, Sale, Temara, Casablanca, Benslimane, and El Jadida, with the participation of nearly 6,500 athletes. 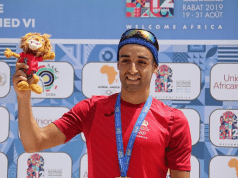 African Games 2019: Morocco Falls Back to 5th Position on Medals Board