Trump had previously imposed a travel ban on seven Muslim-majority countries but the people denied entry are not from any of the countries on the list. 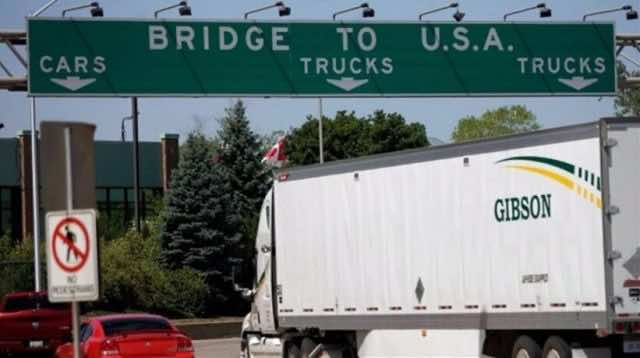 Rabat – A total of six Canadian Muslims have been refused entry to the United States in recent weeks. The incidents have raised concerns among Canadian immigration lawyers.

Among the Muslims denied entry is Imran Ally, a Guyanian Imam in a mosque in Toronto who was questioned for more than five hours at the Peace Bridge border crossing near Fort Erie. Ally’s wife and his three children were also interrogated, according to Radio-Canada.

Authorities at the crossing point took a photograph of Ally as well as his fingerprints, before denying him entry.

An American agent told him that he has the same name as a wanted criminal.

Ally, who was traveling to New York for the wedding of his best friend’s daughter, was interrogated about his donations to organizations that help to resettle Syrian refugees. Authorities also confiscated his cell-phone.

“I knew that my first trip to the United States was not going to be on a red carpet. We had prepared for [a long interrogation], but I never thought they would deny entry because of my name,” Ally told CBC News.

The president of Toronto-based Iraqi Turkmen community group, Nejmettin Vali experienced a similar situation. American authorities interrogated Vali and his family for more than four hours and seized their cellphones, before denying them entry.

Vali has, however, traveled to the US in the past to support his three children when his son – a former Iraqi police officer – was killed by Islamic State in Iraq and Syria (ISIS) fighters.

“We’ve had many cases in the last couple of weeks and we do not know what to attribute them to,” said Ali Daud a lawyer specializing in Migration told CBC.

“We know that the climate in the US has changed, but, at the same time, there should be procedures and ways of doing things, and people should have the opportunity to appeal their cases,” Ali added.

Neither Iraq nor Guyana are listed in Donald Trump’s ‘Muslim Ban’ which bans citizens from seven Muslim-majority countries from traveling to the US.