Dakhla port will be included in the Moroccan shuttle service starting September 12, 2019. 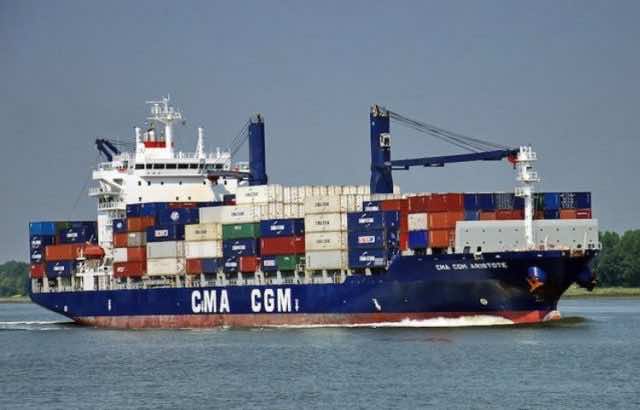 Rabat – The CMA CGM Group, a French container shipping company, will add Dakhla port to its shipping routes to be the 1st maritime transportation and logistics company to operate in the port and serve clients in the South of Morocco.

The group intends to strengthen its services in Morocco with a new stop at the port of Dakhla and the commissioning of CMA CGM AGADIR, the third ship of the Group under the Moroccan flag.

With the inclusion of the port of Dakhla in the Moroccan shuttle service, CMA CGM will be the first shipping company to serve the strategic port of Southern Morocco, the group said in a press release.

Read also: Spain to Benefit from Over Half of Fishing Licenses in Morocco-EU Fisheries Deal

The statement added that the group’s customers, including fish exporters, will benefit from a “fast and competitive” service to the rest of Morocco and via the ports of Tangier Med – inaugurated on November 28, 2018, by the group’s general-director Rodolphe Saade – and Algeciras.

Morocco is a country that is strategic for the development of CMA CGM, particularly because of its role as a crossroads for trade between Europe, Africa, and the Mediterranean Basin, the press release added.

The Group employs 1,600 people in Morocco and 33,000 worldwide and makes more than 1,000 calls a year, with 25 maritime services serving 420 ports in different countries, including more than 80 ports served directly.